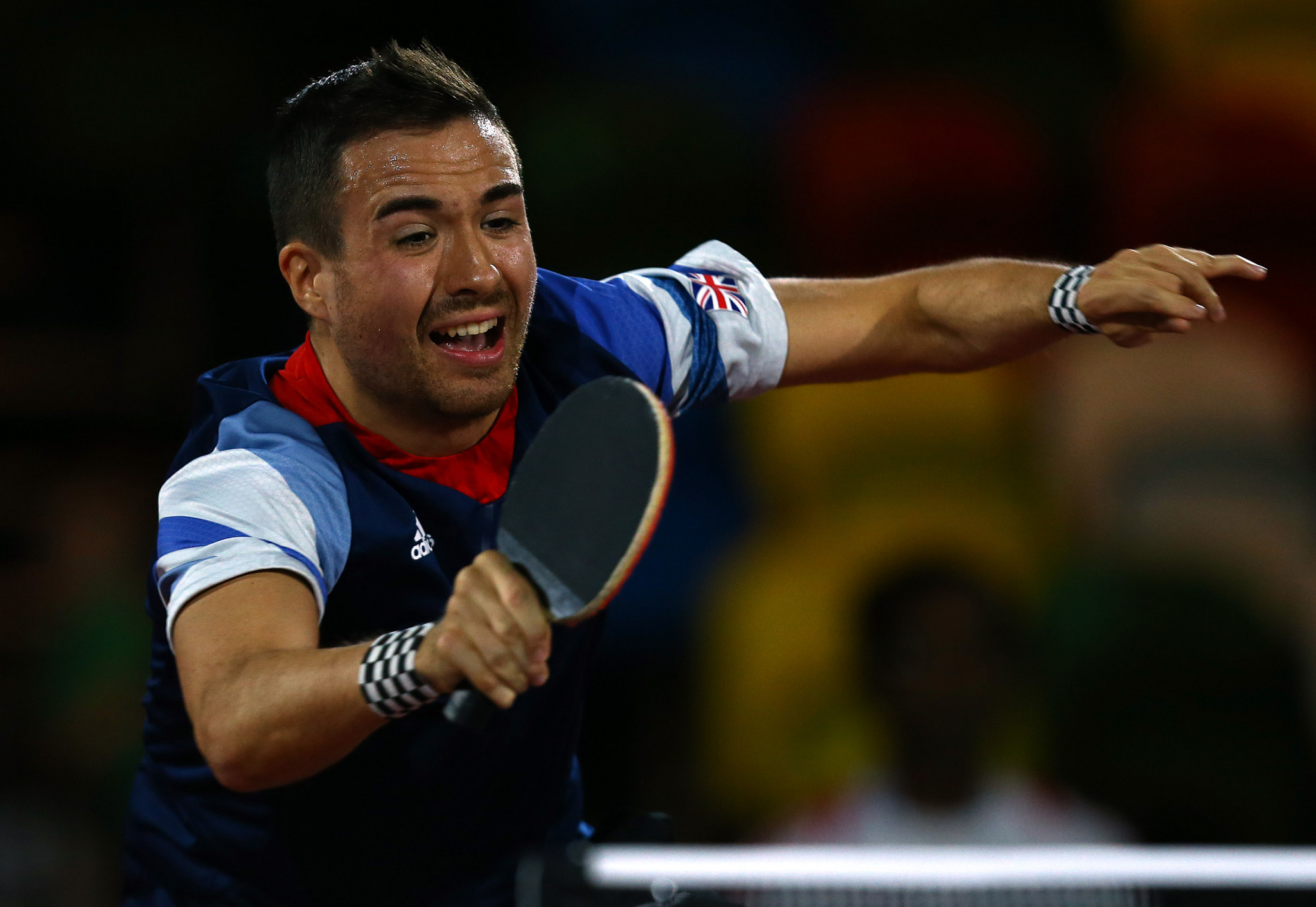 A total of 312 players have assembled in Helsingborg in Sweden to contest the European Para Table Tennis Championships that start tomorrow – with a place in the Tokyo 2020 Paralympics on offer to men's and women's champions.

That detail of the International Table Tennis Federation's biennial event is likely to be of particular interest to Rio 2016 gold medallists such as Serbia's Borislava Peric-Rankovic, in women's class four, Natalia Partyka of Poland, in women's class ten, and Belgium's Laurens Devos in men's class nine.

Other Rio 2016 gold medallists who will be in action at Helsingborg Arena include class four winner Abdullah Ozturk of Turkey and Britain's class seven winner Will Bayley – who is one of the celebrities taking part in the BBC's current 2019 edition of Strictly Come Dancing.

"It's been such a long time since I won the Europeans, it seems like a lifetime ago, and it would be so nice to win it again," said Bayley, who took European gold in 2011 and won the world title three years later.

"I've come up short a couple of times and lost in two finals and a semi-final, since I won it, so I've had some good runs."

Commenting on his current balance of sport and dancing, Bayley, who was born with arthrogryposis which affects all four of his limbs, added: "I really think it is going to improve me a lot when I'm playing table tennis, because already I'm becoming more aware of my balance and my movement and I'm getting stronger in my core.

"When I'm playing table tennis now I'm thinking more about my balance and the way I stand and using my body to help me in my shots.

"It is helping me understand my body more and that can only help with table tennis."

Bayley's British team-mate Rob Davies, the class one gold medallist at the Rio 2016 Games, will be seeking a fourth consecutive European title.

"I'm happier with the way I'm playing this season but I've still got a way to go," he said.

"It's nice to pick up a few medals but for me it is all about building for Tokyo now."

Four other players who became world champions last year will be approaching Helsingborg with high hopes.

In the men's singles events, in class seven, Spain's Jordi Morales will be taking part, as will Britain's Ross Wilson.

In the women's singles competitions, in class six, Maryna Lytovchenko is in the frame, while in class 11, Russia's Elena Prokofeva will be seeking to go one better than her European silver in Lasko two years ago.