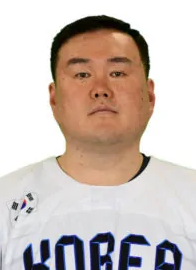 Yu, a goalkeeper who competed at Sochi 2014 and Pyeongchang 2018, returned an adverse finding for hydrochlorothiazide following a test on April 30.

It came after a match at the 2019 World Para Ice Hockey Championships in Ostrava, Czech Republic.

South Korea won bronze at the Championships, however Yu will have to forfeit this prize and it will be expunged from his records.

The team's result will still stand.

Hydrochlorothiazide is included on the World Anti-Doping Agency prohibited list as a masking agent and is normally used to treat high blood pressure.

Yu will be ineligible for competition for six months, backdated to when he failed the test.

The 45-year-old, who was part of the Korean team who won bronze on home ice at the 2018 Winter Paralympics, is therefore suspended until October 29.