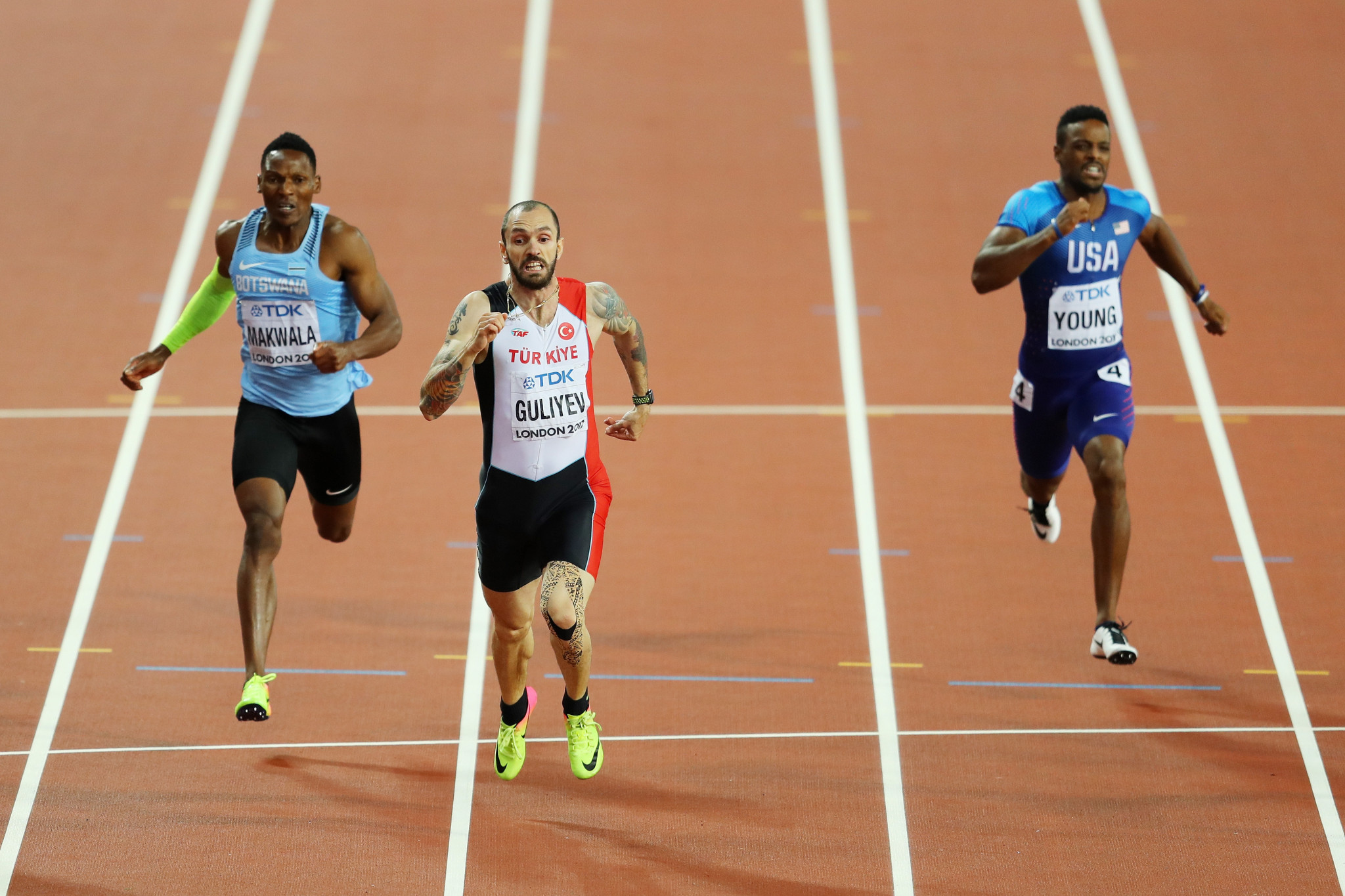 Turkish star Guliyev usurped South African poster boy Wayde van Niekerk to win the world 200m title in London two years ago and told insidethegames he has no plans to surrender his title in Qatar.

"To double up you have to do the 100m heats, the quarter-final and semi-finals and it is too many races.

"If you run both you have less chance to win.

"Instead it is better for me to focus on the 200m and hopefully take a medal but defending my title is the main aim."

Gloria Sports Arena in Antalya is a place Guliyev knows like the back of his hand.

He has used the extensive training centre for four years under the guidance of the Turkish Athletics Federation, overcoming injury problems and preparing for global competitions.

"We have the World Championship after two weeks so this is like a final training session before the big competition.

"Four years I have stayed with Gloria and this place is different.

"Everything is in the same place.

"We could come in here and stay a few months because it has everything.

The meet has been on Guliyev's schedule for six months, with Doha bringing the curtain down on the season between September 27 and October 6.

"Here it is like we have a specific programme from my coach," said the 29-year-old, who transferred allegiance from his native Azerbaijan in 2011.

"He tells me the programme for how we achieve the best in Doha and if we can repeat it properly then we can see where we are.

"We will see how the race goes and maybe afterwards my coach will give me some new pointers for the World Championships.

"The track here is nice and we can run fast here."

Guliyev is all too aware that the Olympics are on the horizon, and sees Doha as a trial for what could happen next August in Tokyo.

"Doha will be like a small Olympic Games," he said.

"The same athletes will compete in Doha as in Tokyo.

"There are maybe two or three different athletes arriving in Tokyo depending on injuries but in the finals I would expect almost 80 per cent to be the same line-up.

"It is good to see who will compete and their different race preparations.

"We will use the same build-up plans [for Tokyo] but the Olympics is a huge deal.

"It is only every four years and there is a big focus on succeeding there.

"If everything fits, we don't change it.

"We know how things are going and if we can do the same, it is good.

"The key is to stay injury-free."