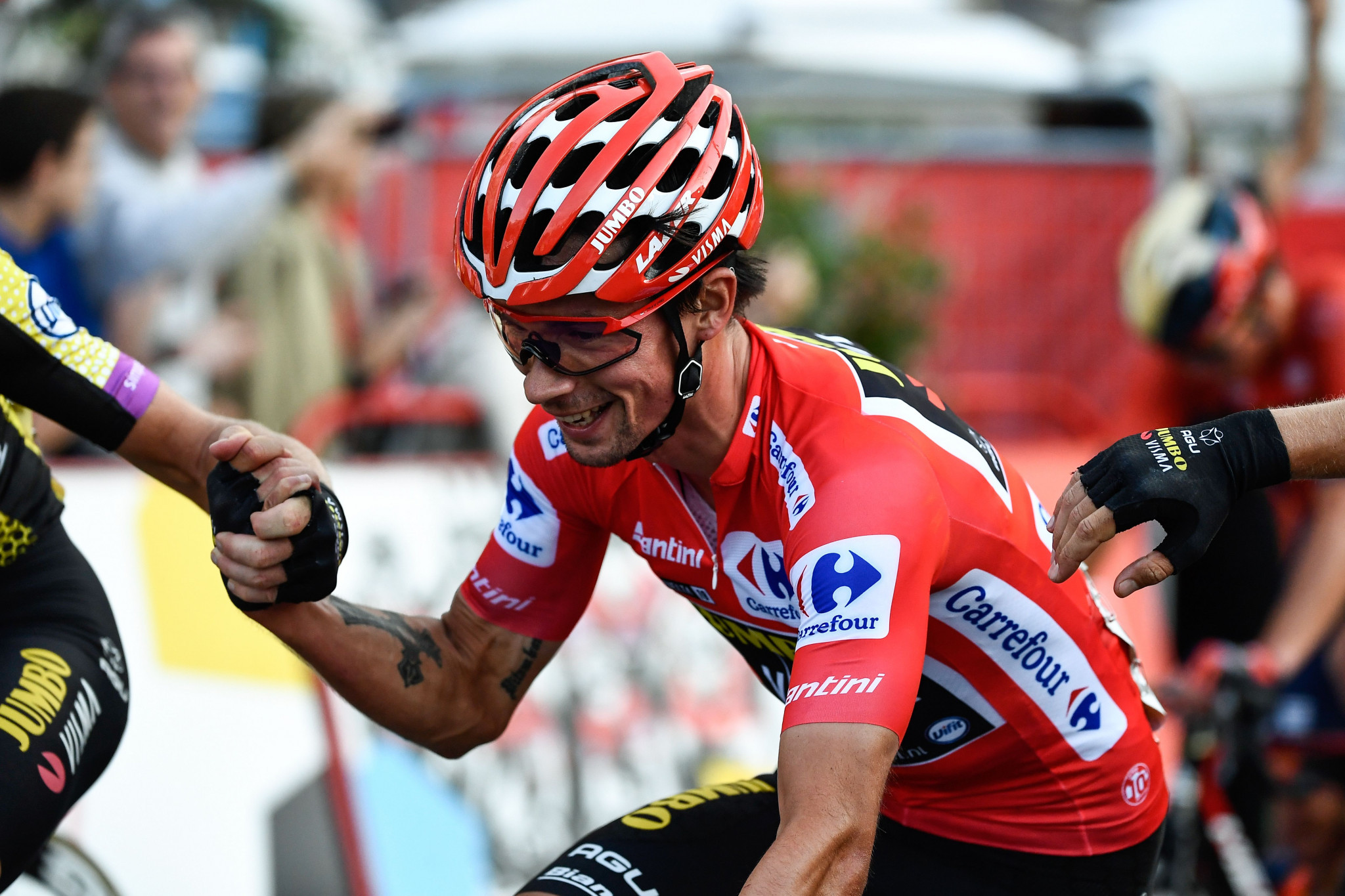 Slovenia's Primož Roglič sealed his first Grand Tour title after completing the processional final stage of the Vuelta a España into Madrid.

The Team Jumbo–Visma rider safely negotiated the 21st stage to become the first Slovenian to win a Grand Tour.

Roglič, tipped by many as the favourite before the event began, ended the gruelling race 2min 16sec ahead of nearest challenger Alejandro Valverde.

Fabio Jakobsen of the Deceuninck–Quick-Step team won the final stage after emerging victorious from a sprint finish with Ireland's Sam Bennett.

Jakobsen edged out the Bora–Hansgrohe rider on the streets of the Spanish capital to deny the Irishman a third stage triumph.

But the plaudits went to general classification winner Roglič, who took control of the race from the 10th stage and never relinquished his overall lead.

"It's a special moment," said Roglič.

"It’s nice to be in this place and it also gives me confidence for the upcoming years.

“We’re riding together, I couldn’t have done it on my own."

Pogačar claimed the white jersey for the best young rider, while Movistar was named best team.