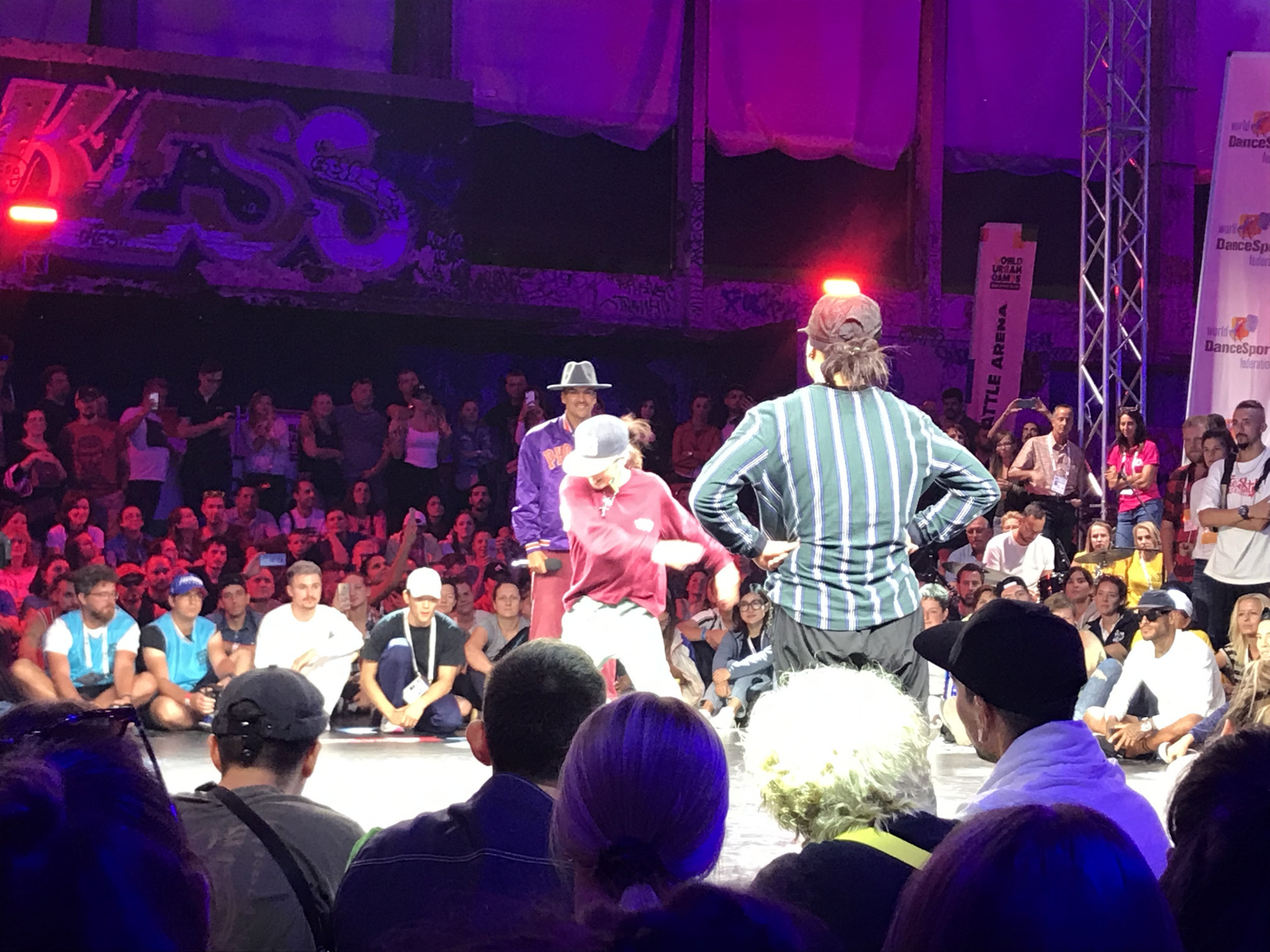 Ami added World Urban Games glory to her World Breaking Championship title in Budapest, however men's world champion Menno was defeated by Victor in an electric atmosphere at the Nagyvásártelep.

Both finals were closely matched at the Breaking Battle Arena in the former abandoned market, but Japanese dancer Ami had too much for American opponent Sunny.

She won 3-1 in a repeat of their world final clash earlier this year in Nanjing, China.

However, Dutch breaker Menno could not also do the double, as Victor from the US lived up to his name.

Victor also triumphed 3-1, taking both of the final rounds with five out of the six judges' votes.

Women's bronze went to another American, Logistx, who beat Ukraine's Kate 3-2, while Bumblebee of Russia took the men's third place with a comfortable win against Shigekix from Japan.

Earlier, the first ever World Urban Games medal was won by Misaki Katayama in the women's roller freestyle.

The 18-year-old from Japan posted 78.33 points on her first run in the final, and none of her competitors could match her.

Spain's María Muñoz, who topped qualifying, suffered a huge crash on her first jump of her second attempt, so had to settle for silver with 75.66 from her opening run.

The brief of the Games is to appeal to a younger audience, which was helped by 13-year-old Suzuka Hyoyama of Japan, who took bronze with 73.66.

Swiss skater Maxime Genoud was second with 90.66, while Sem Croft of The Netherlands picked up bronze with 89.33.

World champion Joe Atkinson of Britain suffered a disappointing day, and could only finish fourth.

Aleksandra Shevchenko took gold for Russia in a rather disappointing final, where most of the competitors were unable to provide complete runs and scored lower than they had in qualification.

The 32-year-old took first with 24.50 points, ahead of Czech 18-year-old Adela Merkova and Dutch athlete Bo Zuijderwijk in silver and bronze, respectively.

The men's speed crown went to Srovnal Matej of the Czech Republic, with the medallists split by just eight-hundredths of a second.

Matej completed the course in 21.92 seconds, with Spain's Alberto Gomez second in 21.99sec, only 0.01 ahead of the bronze medal winner, Ukraine's Oleksandr Titarenko.

The flying disc freestyle competition came to an end and was a thriller, quite literally, for Emma Kahle and Daniel O'Neill from the United States.

The duo, who have performed together since 2011 when they were students at Columbia University, dressed as zombies and performed to Michael Jackson's pop song Thriller.

We have the best audience at World Urban Games Budapest!
It's not late to join the urban games festival.🤙
⚠️The entrance is free⚠️#wugbudapest #worldurbangames pic.twitter.com/Fjg8yEf7SD

Australia are very much the country to beat in the men's event, their riders finishing in the top three positions in the preliminaries.

Logan Martin's average score of 92.30 kept him at the top, despite being the 12th of the 21 riders to take to the park.

Compatriots Brandon Loupos - with an average of 90.40 from his two runs - and Jake Wallwork - 86.55 - qualified second and third.

The pool stages of the 3x3 basketball also came to a head, with tomorrow seeing the knockouts and medal matches.

In the men's basketball, Russia and France have automatically qualified for the semi-finals after winning their respective pools.

Belarus and Romania will play a quarter-final, with the winner due to face Russia in the last four.

Ukraine will face The Netherlands for the right to play France.

Russia are also directly through to the women’s semi-finals, and will be joined by either Ukraine or The Netherlands.

China are in the other semi-final, where France and Hungary will hope to join them.