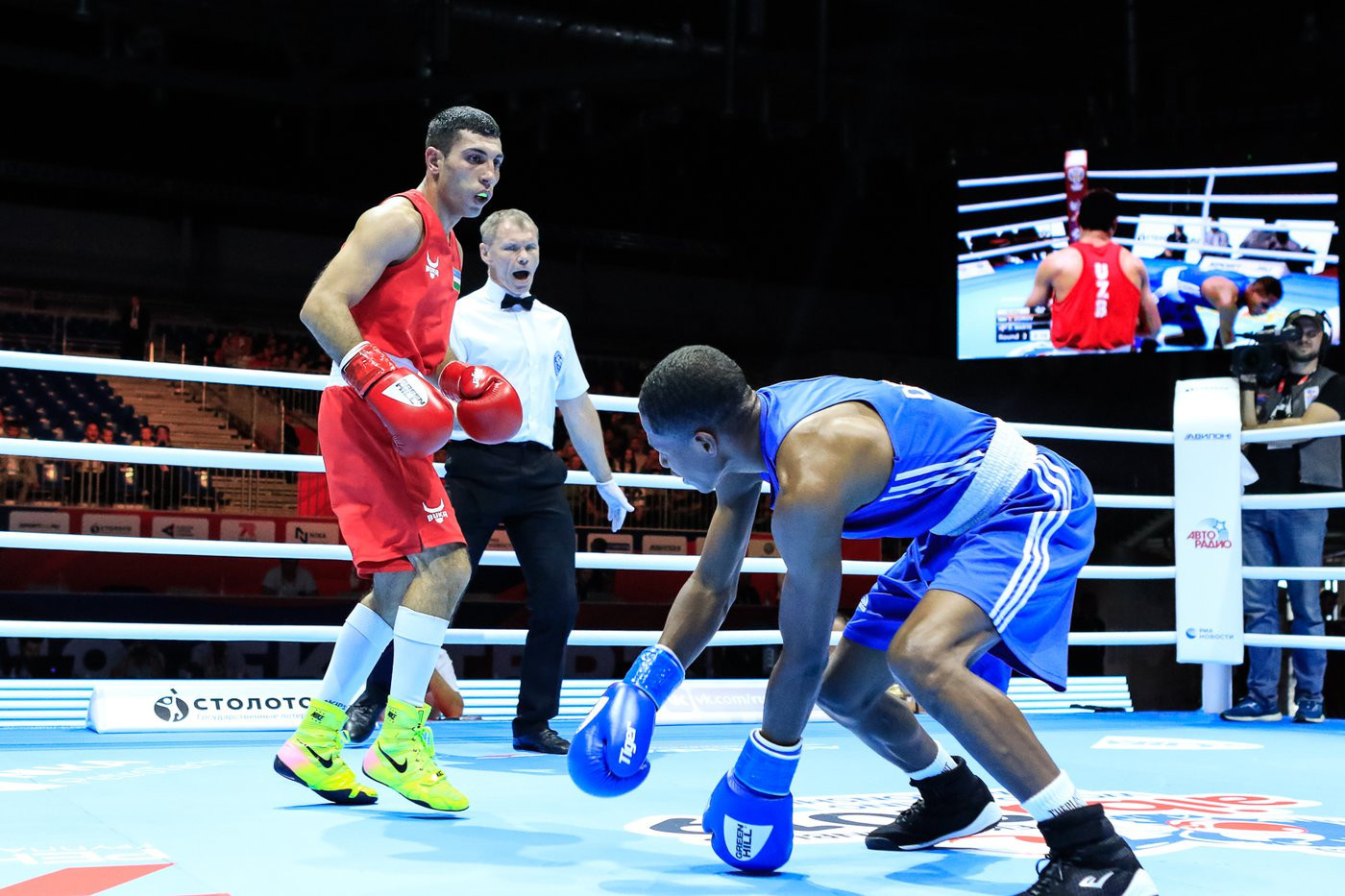 The unseeded Zoirov secured a unanimous victory against Marte, who had received a bye into the second round of the flyweight division.

Top seed and defending champion, Yosvany Veitía of Cuba, nearly found himself out of the tournament as well.

He edged past Mohamed Flissi of Algeria 3-2, with the division's third seed, Yuberjen Martinez of Colombia, doing the same against Argentina's Ramon Nicanor Quiroga.

But it was comfortable for the reigning Commonwealth Games light flyweight champion, Galal Yafai.

Having moved up a weight class, the Englishman defeated Australia's Alex Winwood unanimously.

Artur Hovhannisyan of Armenia, competing off the back of a gold medal at June's European Games in Minsk, was another to record a unanimous win, overcoming Jordan's Mohammad Algharaghir.

The loudest cheer of the session went to home favourite Vasilii Egorov.

The Russian enjoyed a unanimous victory against Luis Delgado of Ecuador.

Competition then began in the second round of the light welterweight division.

There was more delight for the Russian supporters when the current Youth Olympic champion triumphed.

Action continues tomorrow with the second round of the featherweight, heavyweight and light heavyweight divisions.