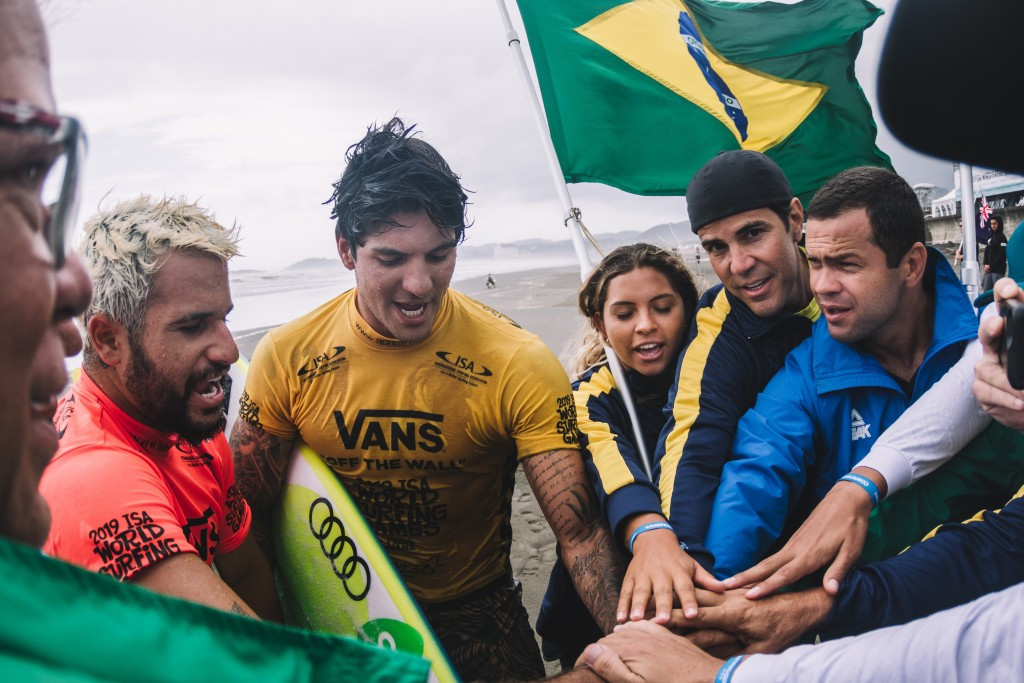 Brazil and the United States remain locked in a race for the men's team gold medal at the World Surfing Games, as it moves into the final day of competition in Miyazaki, Japan.

The hosts and defending champions are currently in bronze-medal position, with New Zealand one place below in copper-medal placing.

Today's competition at Kisakihama Beach featured a large increase in surf, but an approaching typhoon also brought strong winds that mixed up the conditions and made wave selection a crucial issue.

Brazil currently holds the advantage over the United States with all their men remaining in the event, while the US team lost Conner Coffin in the elimination repechage rounds.

The main event final will be decisive in the chase for team gold, as Brazil's Italo Ferreira and Gabriel Medina face Kelly Slater and Kolohe Andino of the United States.

"The Brazilian team is so hungry," said Ferreira.

"My motivation to compete here is purely based on representing my country.

"I am having a great time and will do my best to get a medal.

"The energy here has been amazing from all the teams and the Japanese fans on the beach.

"My first experience at the ISA World Surfing Games has been super fun."

Brazil's Filipe Toledo remained in contention through the repechage rounds, putting on an incredible performance to secure his team's current position on top of the leaderboard.

Slater, meanwhile, caused the crowd of thousands to erupt in cheers by flying out of a deep barrel for which he was awarded 8.33 points and the second-highest heat total of 15.66.