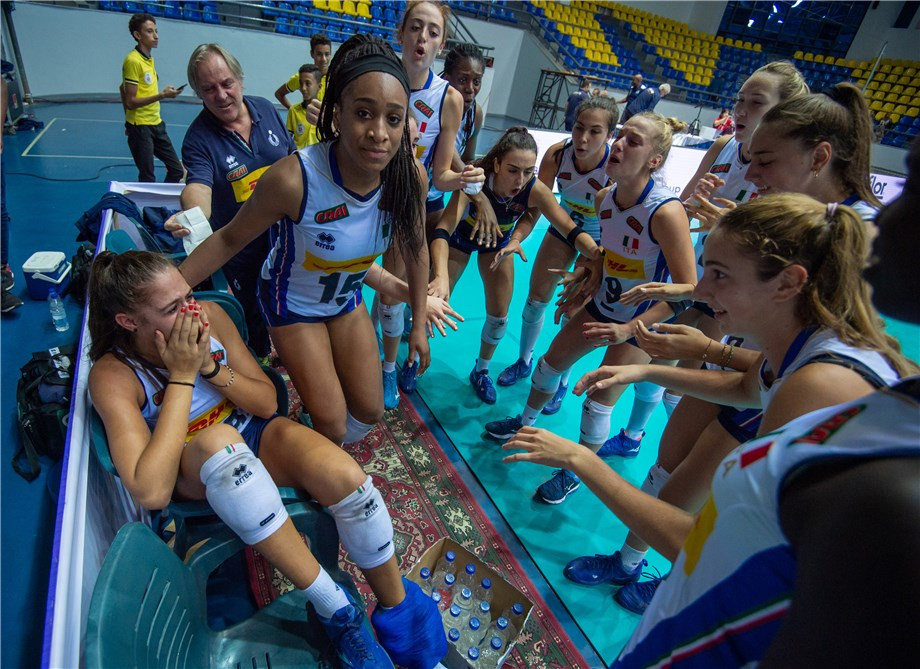 History is in the offing in Egypt tomorrow, as Italy and the United States meet in the final of the International Volleyball Federation (FIVB) Girls' Under-18 World Championship.

Italy will be going for an unprecedented third consecutive title in Ismailia, on the banks of the Suez Canal, having completed an extraordinary recovery in their semi-final against China.

China have won this title four times, and Brazil three times, but after their wins in 2015 and 2017, Italy are on the brink of a unique achievement.

Standing in their way will be a United States team seeking a first gold medal in what will be their third final, following silver medals in 2013 and 2015.

In other matches at Ismailia, Japan and Romania qualified for tomorrow's fifth-place playoff with respective wins over Russia and Peru.

At the other Championship hub of Cairo, Turkey and the hosts earned a place in tomorrow's ninth-place playoff with respective 3-2 and 3-1 wins over Argentina and Bulgaria.

The playoff for 13th place is between Canada, who beat Thailand 3-2, and South Korea, 3-1 winners over Puerto Rico.