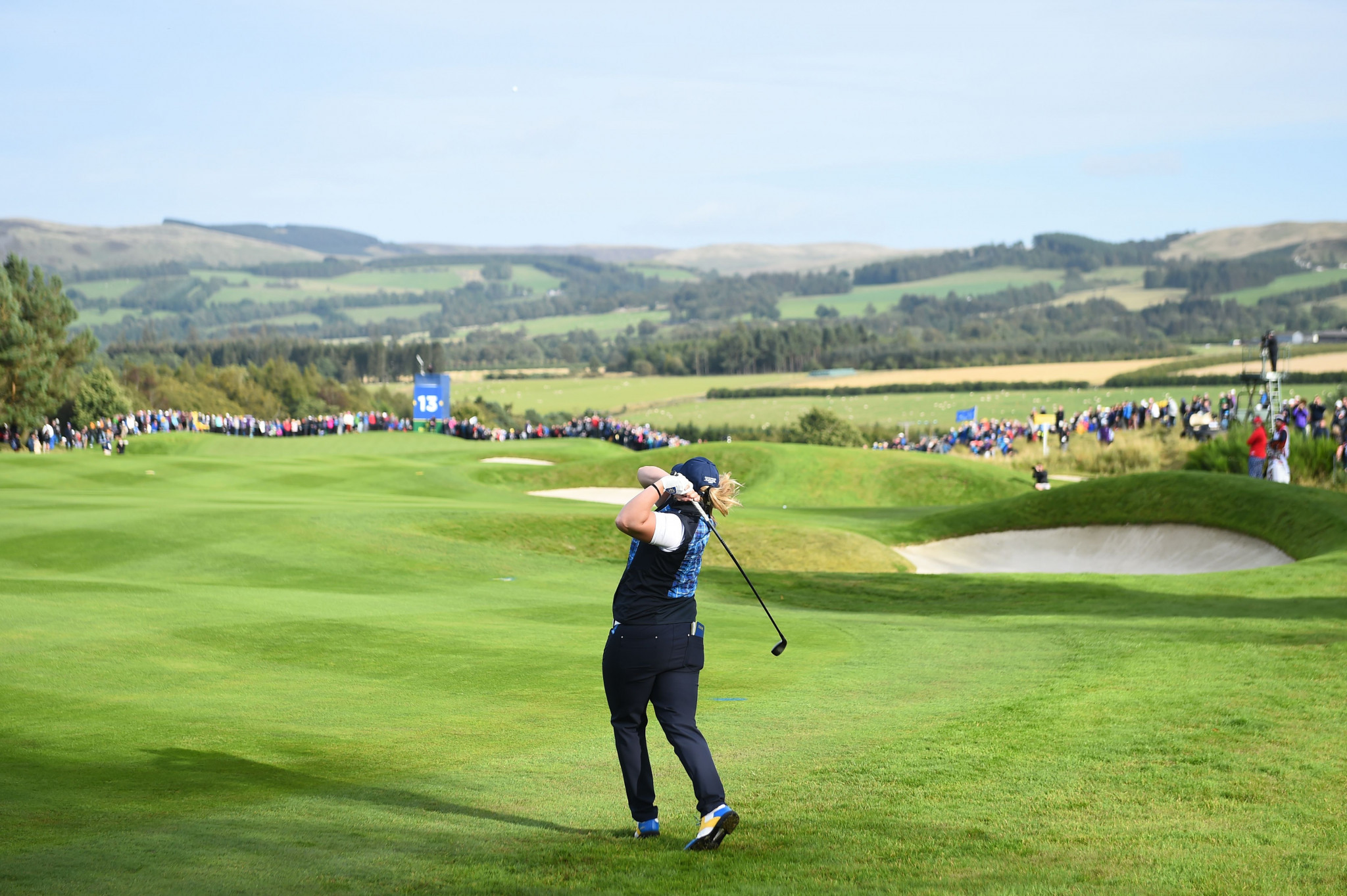 Europe lead defending champions the United States by one point after a hard-fought opening day at the Solheim Cup at Gleneagles, Scotland.

The two sides shared the points in the afternoon fourballs, leaving Europe 4.5-3.5 in front overnight.

Europe could have been a further half-point in front but England's Charley Hull and Bronte Law both missed putts on the 18th in their fourballs contest with Nelly Korda and Brittany Altomare, meaning the last match of the day was halved.

The US earned a point when Ally McDonald and Angel Yin overcame Anna Nordqvist and Caroline Hedwall 7&5, matching the biggest winning margin recorded in fourballs at the Solheim Cup.

The home team led 2.5-1.5 after the morning foursomes.

Results on the opening day leave the match tentatively poised prior to tomorrow's second set of fourballs and foursomes.

"Nobody ever talks about half-points but those last two were key," US captain Juli Inkster, who is bidding to make history by winning the Solheim Cup for a third time, told Sky Sports.

"They were huge and really got us out of a hole.

"If you could have told me we'd only be one point down in a format where they shine on alternate shots and best ball, I'd have taken that."

Europe's captain Catriona Matthew admitted disappointment that their lead was not greater but was happy with how the day went.

"Overall we are pleased to be a point up after day one," she said.

"[I want] more of the same, it will be another long day [on Saturday].

"We just need to keep at it and maintain the standard of golf.

"We are one point up, if we do that each day we will win, so we're off to a good start."