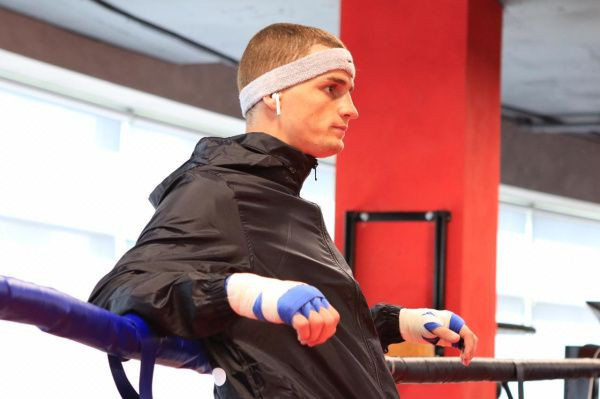 Speaking to the Russian Boxing Federation, Bakshi said he was "disappointed" not to be meeting the boxer who knocked him out of June's Minsk 2019 European Games at the quarter-final stage.

"Of course I'm disappointed," he said.

"That fight with Alexander tempered me, and I really want to take revenge."

Khizhnyak will miss out on the tournament after the Boxing Federation of Ukraine decided not to send an official delegation due to tensions with Russia.

Some Ukrainian boxers have still made the decision to compete, but the country's best boxers have not made the journey.

Khizhnyak currently holds the world title in the middleweight division and was named AIBA best male boxer of 2017.

The 24-year-old also went on to win gold at the European Games.

Bakshi is the eighth seed in the middleweight competition and received a bye into the second round.

He will make his World Championships debut on Saturday (September 14), coming up against Azerbaijan's Amin Kushkhov, a 4-1 victor against Turkmenistan's Nursahat Pazziev in his opening bout.

"After the European Games in Minsk, I rethought a lot and grew mentally - I now have a completely different attitude," Bakshi said.

"If before I had any doubts about my boxing, now I am completely confident in myself.

"I'm ready for the tournament."

Competition continues tomorrow with the welterweight preliminary round.