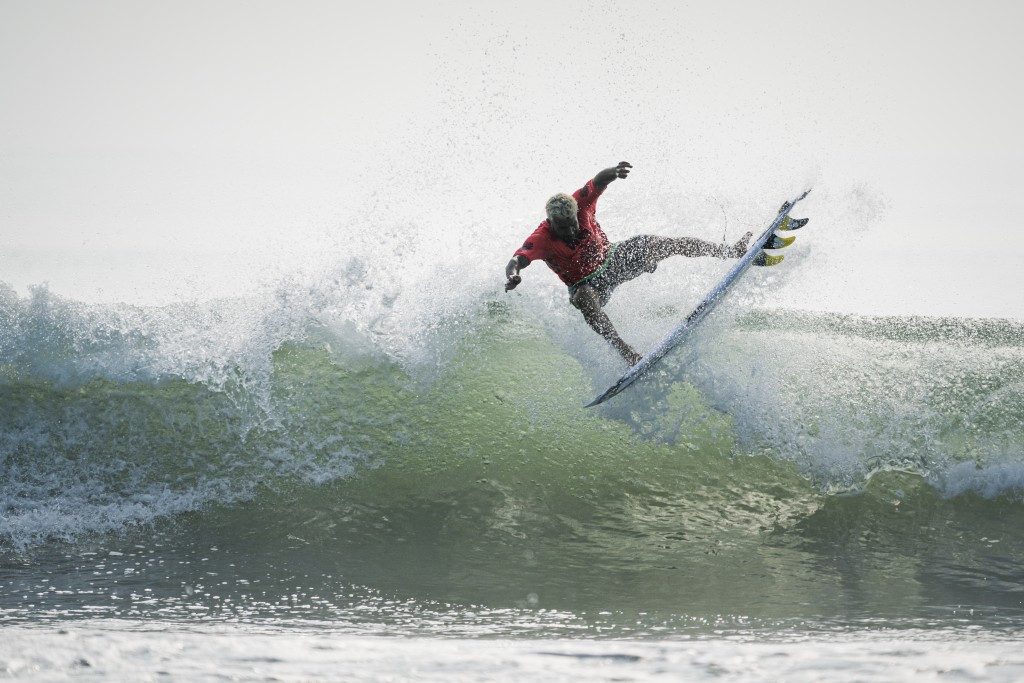 All three achieved high wave scores of 8.5 points amid challenging conditions at Kisakihama Beach at Miyazaki.

Andino's overall score of 16.37 in round two of the main event was the highest of the day, while Ferreira was second best on 16.17.

Corzo, who won the gold medal in 2017, had to compete in the last-chance saloon of the single-elimination repechage rounds after an earlier failure.

He scored 16 points as he made the most of his second opportunity to advance.

There was surprising bad news for Australia, as Julian Wilson and Owen Wright lost heats in both the main event and repechage to exit the Games and deal their country's hopes in the team competition a blow.

"The beauty of the World Surfing Games is that you get everyone – the unknowns and the very well known," said International Surfing Association President Fernando Aguerre.

"When you get all that together you are in for some really special, intense moments.

"Today we saw some of the world's best not making it through and some of those non-traditional surfing nations winning heats and putting out great performances.

"It's every surfing nation all together and that’s what makes this amazing."

Men's action will continue tomorrow, leading up to the final on Sunday (September 15).

Surfing is preparing for its Olympic debut at Tokyo 2020 next year.