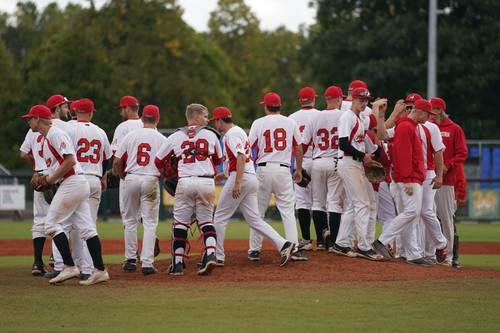 Austria and Croatia claimed wins over Great Britain and Sweden, respectively, in the race for ninth place at the European Baseball Championship in Germany.

Today's action in Bonn saw Austria beat Britain 6-1 and Croatia defeat Sweden 17-2 for their first victory of the tournament.

The results mean Britain will face Sweden in the battle to avoid finishing last and Austria will meet Croatia for the right to book their spot in the ninth-place play-off.

Both matches are due to be held tomorrow, with the winner of the first going up against the loser of the second on Saturday (September 14) to determine the other team through to the ninth-place play-off on Sunday (September 15).

Also taking place tomorrow are the four quarter-final ties between Israel and France, The Netherlands and Belgium, Spain and Czech Republic, and Italy and hosts Germany.

The top five teams from the tournament will progress to the Africa/Europe qualification event for next year's Olympic Games in Tokyo.

The event will offer one direct spot to Tokyo 2020, with the second-place team advancing to a final qualification tournament.

Competition in Germany is set to conclude on Sunday (September 15).