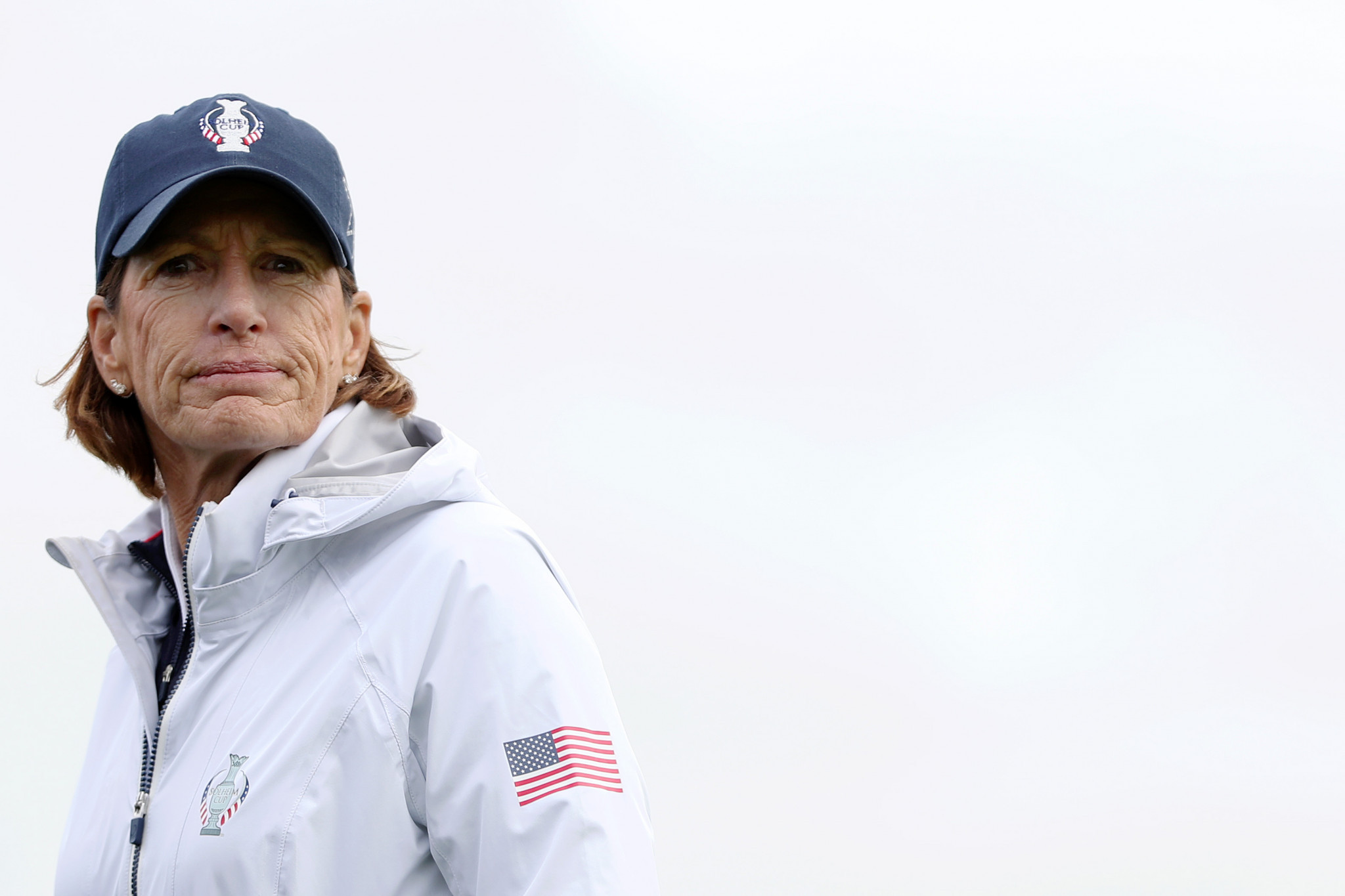 Juli Inkster is bidding to make history at the Solheim Cup by becoming the first captain to win the prestigious women's team golf event three times.

The American, a seven-time major winner during her playing career, guided the United States to the last two titles in the biennial battle with Europe, in 2015 and 2017.

No captain has a hat-trick of successes to their name and that will be the 59-year-old's goal when this year's edition begins tomorrow at Scotland's Gleneagles course.

As a player she won the Solheim Cup five times and is in charge of a 12-player squad, including six rookies.

"I think if you're a rookie, it's a lot easier to play away your first Solheim, because you're really not expected to win and you can go out there and play a little looser," Inskter said.

"It's easier to bond over here, you don't have a lot of outside distractions.

"But I'm going to send a couple of rookies out there together, they've got to grow up sometime.

"Everybody's a rookie once, and I just happen to have six of them.

"They all qualified, they all deserve to be here, so we're just going to throw them out there."

Inkster's first victory as captain was in 2015 at Germany's Golf ClubSt. Leon-Rot, when the US engineered a remarkable comeback from 10-6 down.

Ally McDonald is her other choice, after two-time major champion Stacy Lewis withdrew with a back injury.

The other 10 members of the squad all qualified through their world ranking.

They include world number three and major winner Lexi Thompson, who won the 2014 ANA Inspiration.

World number 10 Nelly Korda will also be a threat, alongside the Women's PGA Championship winner in 2017, Danielle Kang.

Europe will be captained by Scotland's Catriona Matthew, a three-time Solheim Cup winner as a player who will take the reigns in her home country.

She had the option of four captain's picks and included Norway's two-time major winner Suzann Pettersen, who will play in a ninth Solheim Cup.

"Some of my best moments have been in the Solheim," said Matthew.

"And I think to be a winning captain at Gleneagles in Scotland would rank just about above my British Open win."

World number 12 Carlota Ciganda of Spain is the highest ranked of the automatic European qualifiers.

Days one and two of competition will both feature four foursomes and four fourballs matches.

Twelve singles contests will conclude the Cup on Sunday (September 15).

The Solheim Cup is the women's equivalent of the men's Ryder Cup.