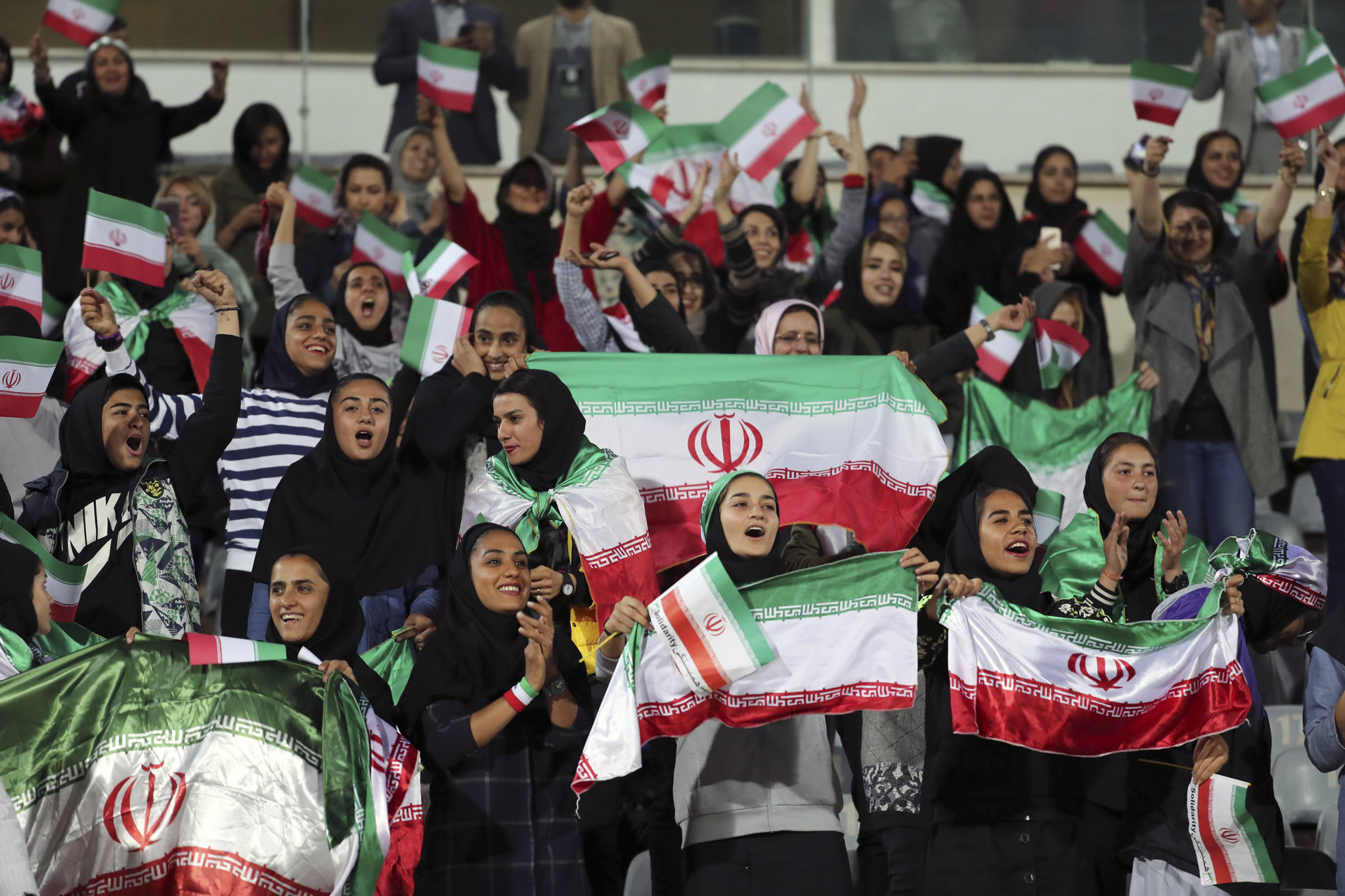 Human rights groups have criticised FIFA for failing to end Iran's ban on women entering stadiums after the suicide of a female football fan.

Twenty-nine-year old Sahar Khodayari had been arrested in March after she disguised herself as a man and tried to sneak into a match between Iranian team Esteghlal and Al Ain from the United Arab Emirates at Tehran's Azadi Stadium.

She was released pending a court case, but upon returning to Ershad Courthouse to collect her phone on September 2, Khodayari learned that she could be tried by a revolutionary court and put in prison for six months.

She then set herself on fire, as reported by Iranian news website Rokna, before dying from her injuries this week.

Since Khodayari's death, football's governing body has been criticised by human rights organisations for its lack of action.

"Sahar's tragic arrest, jailing, and suicide attempt underscore the need for Iran to end its ban on women attending sports matches – and the urgency for regulating bodies like FIFA to enforce its own human rights rules," said Minky Worden, director of global initiatives at Human Rights Watch.

"FIFA's long delay in enforcing its own rules means the ban continues and leaves the brave women and girls in Iran who challenge the ban exposed to harassment, beatings, and arrests by the Iranian authorities.

FIFA has been working to end the unofficial ban, in place in Iran since the 1979 Islamic Revolution.

President Gianni Infantino wrote to the Iranian Football Federation (FFIRI) in June to seek assurances that women would be allowed to attend 2022 FIFA World Cup qualifiers.

All people, including women in #Iran, have the right to enjoy the beautiful game. @FIFAcom must uphold its statutes against discrimination and follow through on its call for Iran to lift its ban on women in stadiums. Football stars/fans, please speak up for #Iran's #blue_girl. pic.twitter.com/L7oRVB1pDG

The Islamic Republic News Agency had since reported that women will be allowed to watch Iran's match against Cambodia, at the Azadi Stadium on October 10.

The ban had also been relaxed previously, with 100 Iranian women allowed to watch the men's national team friendly against Bolivia last October, and 500 women attending the AFC Champions League final match in Tehran between Persepolis and Japan's Kashima Antlers the following month.

This seemed to result in a crackdown on women entering stadiums at other times, however, with several women arrested in June having put on fake beards and wigs to attend Iran's friendly against Syria.

"We are aware of that tragedy and deeply regret it," a FIFA statement said regarding Khodayari's death.

"FIFA convey our condolences to the family and friends of Sahar and reiterate our calls on the Iranian authorities to ensure the freedom and safety of any women engaged in this legitimate fight to end the stadium ban for women in Iran."

FIFA were also criticised recently when two fans were removed from the Women's World Cup match between Canada and New Zealand on June 15, having entered the Stade des Alpes in Grenoble wearing T-shirts that called for Iranian women to be let into stadiums.

FIFA backtracked on the ejection, saying that the message was social and not political and therefore not breaching any rules.