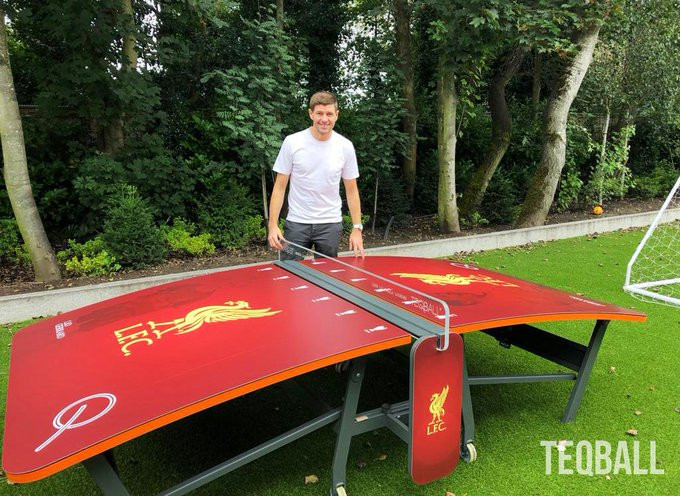 Former England midfielder Gerrard, now the manager of Scottish club Rangers, spent 17 seasons at Liverpool with the majority of those as club captain.

He has taken ownership of a teqball table decked out in Liverpool's red colours and featuring the club badge.

Gerrard won nine major honours with Liverpool, including the Champions League in 2005, and was capped 114 times by England.

Personalised tables are now becoming an option for players, with Uruguayan striker Juan Manuel Olivera, who plays for River Plate, using one which features his name and shirt number, as well as the badges of the teams he has played for during his career.

Scotland's Fraser and Dutchman Ake, who play for AFC Bournemouth, have demonstrated their skills in a video shared by the International Teqball Federation (FITEQ).

Since its invention in Hungary in 2014, teqball has grown to be played in 66 different countries and has achieved official recognition from the Olympic Council of Asia and the Association of National Olympic Committees of Africa.

FITEQ has a long-term goal of inclusion at the Olympic Games across both the doubles and singles formats.