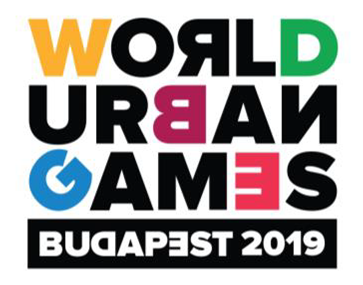 Red Bull has added its considerable sponsorship might to the inaugural World Urban Games in Budapest, along with three other companies.

Magyar Telekom and car-rental firm MOL Limo will both serve as premium partners of the event, which begins in Hungary's capital this week.

They have been joined by car giant Volkswagen and energy drink Red Bull, who take on official partner status.

The news is a boost for organisers the Global Association of International Sports Federations (GAISF) and comes just three days before the Games begin on Friday (September 13).

Almost 300 athletes are expected at an event billed as "the ultimate showcase of urban culture".

Both indoor rowing and laser run are included as showcase events, with action concluding on Sunday (September 15).

"The interest from multiple global brands shows the commercial value that urban sports have around the world today," said GAISF President Raffaele Chiulli.

"We have seen a shift towards urban sports and I have no doubt that the World Urban Games will create a platform for the world's leading urban athletes to showcase their incredible skills."

Magyar Telekom are the largest telecommunications company in Hungary and have pledged to provide a "high quality" network for athletes, fans, broadcasters and officials.

MOL Limo will offer fans the chance to drive around Budapest during the course of the Games, while Volkswagen's involvement will provide exclusive transport for athletes and VIPs.

Red Bull, a company said to be "synonymous" with urban sport, will promote the event globally and on-site.

"The World Urban Games has attracted interest from some of the biggest and most widely recognised national and international brands," said Organising Committee chairman Balázs Fürjes.

"This is a reflection not only of the sports landscape's shift towards exciting new urban sports but is also a credit to the complete urban festival that we have created with GAISF."

Music and art demonstrations will be part of a festival running alongside the Games.

GAISF say the event will feature the world number one athlete in every discipline and have promised a competitive field in each sport.

The venue, known as the Big Market, is within 15 minutes of the city centre and lies close to the River Danube.

Los Angeles had originally been due to host the Games, but the host city was changed in March when GAISF said Budapest's proposed sports programme was "more in line" with their vision.

A contract had not been signed with Los Angeles, allowing the change.

It means Budapest will also host the 2021 edition.