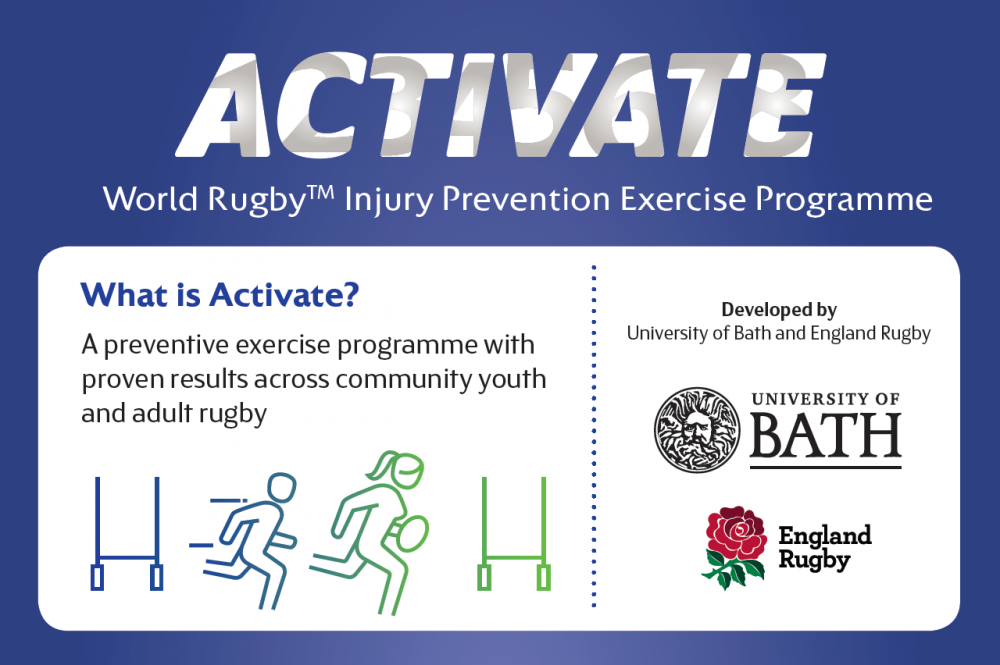 World Rugby has launched an injury-prevention programme called Activate, with the 2019 World Cup in Japan only 10 days away.

The governing body claim that rugby is "leading the way" in evidence-based injury awareness and plan to use the World Cup to spread its message.

Activate is already being rolled-out across the world via qualified educators and trainers and is available in 11 languages online.

Its aim is to lower the risk of injury by encouraging coaches and players to regularly integrate Activate exercises into their training sessions and pre-match routines.

To this end, a number of exercises are outlined which are said to improve general movement control, strength and power.

Other exercises may help to reduce the potential whiplash effects that can occur with concussion, which rugby players are at risk of.

Adult and youth programmes are available and World Rugby claim the programme has proven benefits.

Research led by England Rugby and the University of Bath reportedly shows that Activate exercises can reduce the risk of soft-tissue injuries by as much as 40 per cent in adults.

The concussion risk for adults can be reduced by as much as 60 per cent, World Rugby said, while regular and frequent use of the programme could make this lower still.

"As the game's global governing body, we continually strive to ensure that the game is simple, enjoyable and safe to play as possible," said World Rugby chairman Sir Bill Beaumont.

"Activate is an example of that commitment – a research-led, proven injury-prevention programme that can be implemented at any level of the game, anywhere in the world.

"It has the potential to be a game-changer."

The World Cup will run in Japan between September 20 and November 2.

"The Activate programme is another example of this ongoing commitment, which is particularly important because of the emphasis on reducing the risk of injuries across community levels of the game.

"The research so far has demonstrated that the exercise programme can help to reduce injuries in youth and adult rugby."