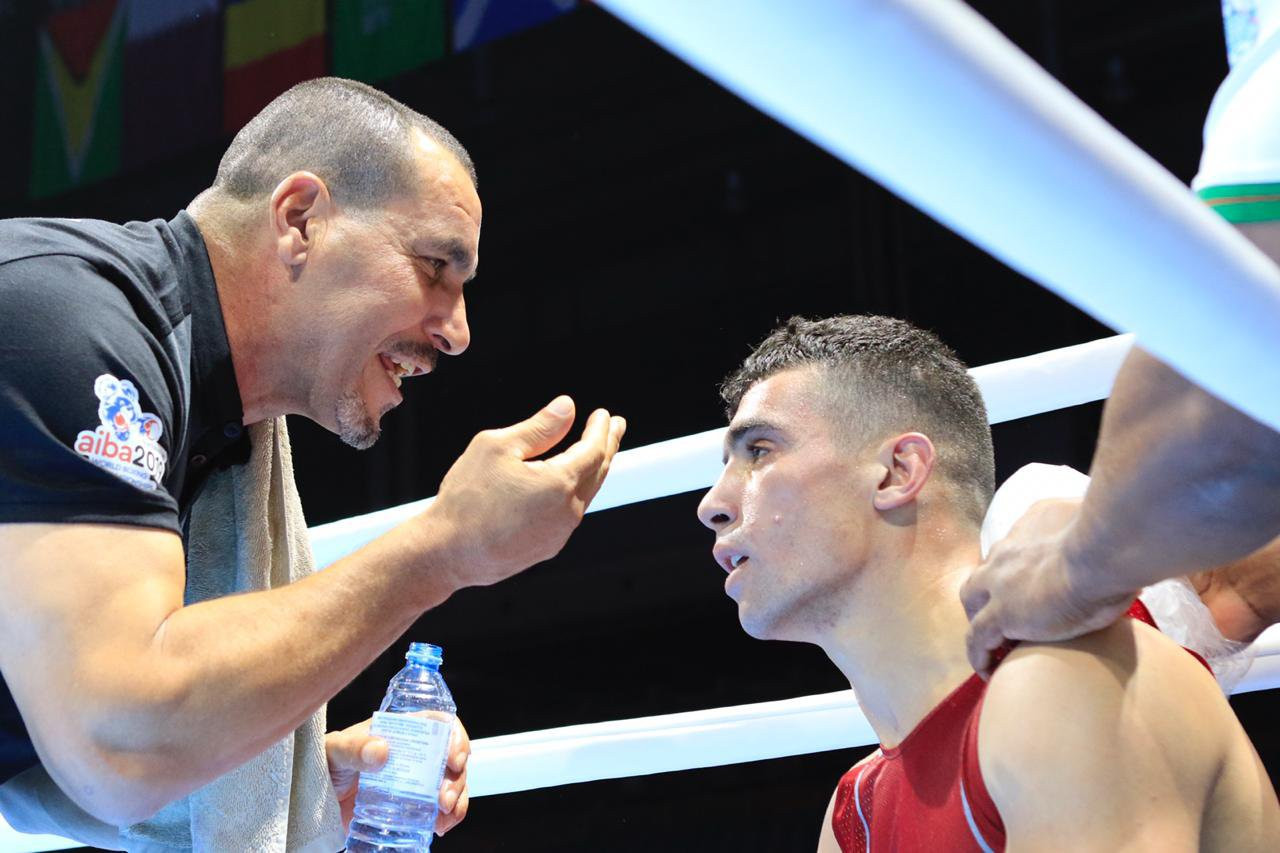 Younes Nemouchi will fight Cuba's Olympic middleweight champion Arlen López in the next round of the International Boxing Association (AIBA) Men's World Championships after the Algerian won his opening bout here.

The 25-year-old overcame Aljaz Venko of Slovenia by unanimous decision to progress as 34 middleweight boxers took to the ring this afternoon for the first session of the World Championships.

López, Nemouchi's next opponent, received a bye into the second round and is yet to start his attempt to reclaim the world title he last won in 2015.

Eumir Marcial of the Philippines will face the second seed in the competition, Tarik Allali of Morocco, after defeating Angulo Bryan of Ecuador 4-0.

Allali will feature here having topped the podium at last month's African Games in Morocco.

Ireland's Michael Nevin continued his recent run of good form after earning bronze at the 2019 European Games in Minsk in June.

Nevin recorded a unanimous win over Andrei Vreme of Moldova and will next meet Vytautas Balsys of Lithuania.

Amin Kushkhov of Azerbaijan then set up a clash with home favourite Gleb Bakshi, having got past Nursahat Pazziyev of Turkmenistan 4-1.

The afternoon finished with a closely-fought contest between Serbia's Sandro Poletan and Spain's Miguel Cuadrado Entrena.

The Serbian edged the bout 3-2, much to the visible shock of his opponent.

Other results included a unanimous victory for Turkey's Serhat Guler over Max Petrus Van der Pas of the Netherlands, before China's Tuoheta Tanglatihan earned the same result against Sean Lazzerini of Scotland.

Competition will continue in the middleweight category on Saturday (September 14), with the top eight seeds set to appear for the first time.

Tomorrow will see the first round in both the light heavyweight and heavyweight divisions.

In total, 365 athletes from 78 countries are set to compete across eight weight categories at an event which runs until September 21.