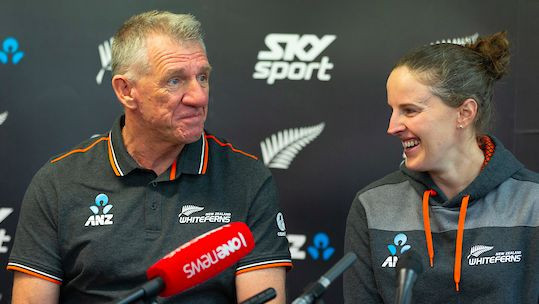 Carter, who has held several positions within the New Zealand team, has been interim coach since February.

He replaces Haidee Tiffen, who announced in March that she would step down from her position.

"I see a lot of potential in this particular group of cricketers,” said Carter.

"We have a good blend of youth and experience that we can build from and I feel very positive about this next chapter of White Ferns cricket.”

His contract will run until the end of the ICC Women’s Cricket World Cup in 2021, which will be held in New Zealand.

Carter's first assignment will be January's series against South Africa, when the sides will contest three one-day internationals and five T20 matches.

New Zealand failed to progress to the knockout stage at the 2018 T20 World Cup and ICC tournaments will be his key focus.

"It’s an exciting time to come on board with two big world tournaments on the horizon," Carter added.

"We have a number of senior players who have been performing at the top of the international game and remain committed to working hard in bringing success to the White Ferns.

"With two ICC World Cups coming up and the women’s game growing at all levels, it’s a great time to be involved."