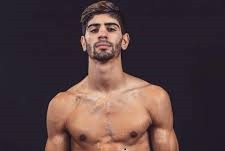 Norway's Hadi Srour will not compete at the International Boxing Federation (AIBA) Men's World Championships here after testing positive for a banned substance.

The 23-year-old, Norway's only representative at the competition, tested positive for erythropoietin (EPO).

The positive sample was from July 15, as reported by Gulf Times, taken just after Srour had attended a music festival as a short summer break.

Srour has pleaded his innocence and is awaiting a second sample analysis by Anti-Doping Norway.

"Thirty-three days later I was tested again in connection with a professional fight in Germany," he said.

"I gave a urine and blood sample.

Srour has a professional contract with German promoter company Team Sauerland and has competed in four matches so far, triumphing in all of them.

He would have contested the light welterweight division here.

Competition is set to begin tomorrow with the preliminary round, with action continuing until September 21.

In total, 365 athletes from 78 countries are set to compete across eight weight divisions.