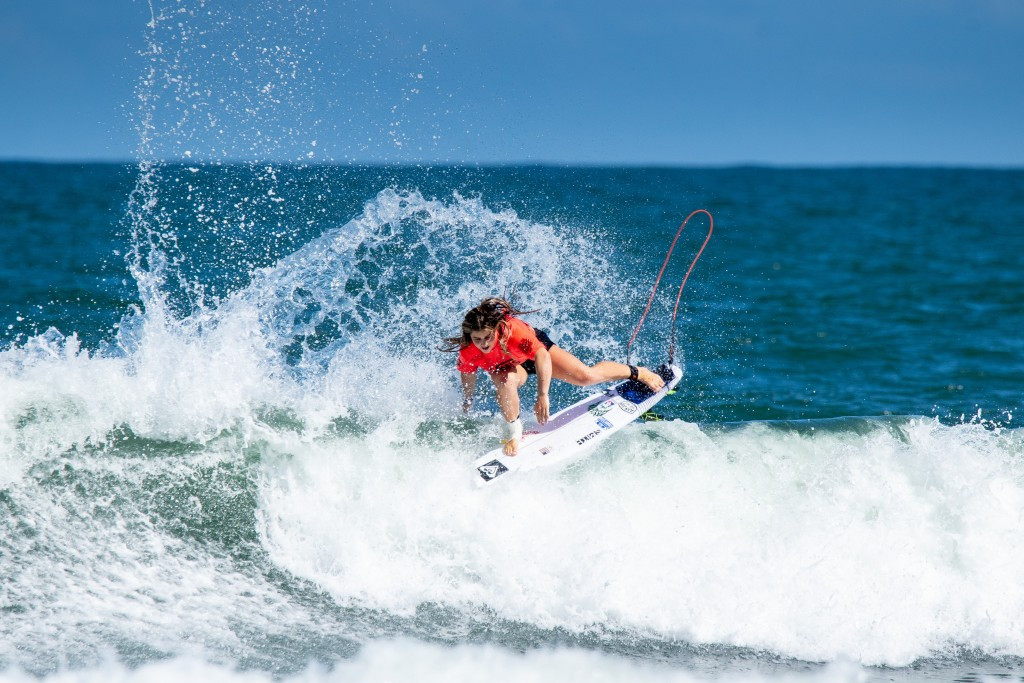 Caroline Marks of the United States continued to impress at the World Surfing Games at Miyasaki in Japan, earning the highest heat total on day two of the team event format for women.

The 2016 world junior champion, who led the competition on the opening day, followed up with a best of 17.23 points at the International Surfing Association's flagship event.

But Moore was unable to back up her strong performance during her next round two heat, switching down from the main event to the repechage rounds due to a strong showing from Brazil’s Tatiana Weston-Webb, another former world junior champion.

Webb’s impressive surfing continued in round three, where she earned the highest single wave score of the event thus far, advancing with 9.77 points.

Despite not advancing in the main event, Moore expressed the excitement of surfing for her nation in the competition.

"I am super excited to be at the World Games representing my country USA,” she said.

"Being a part of a team is super special because you can get behind your team mates.

"It was incredible seeing 55 nations at the Parade of Nations yesterday, from places that I didn’t even know had surfing.”

Van Dijk’s heat total of 16.33 was the third highest of the day behind Marks and Moore.

However Fitzgibbons, one of the favourites, was demoted to the repechage in round three.

A total of 240 athletes from 55 nations are involved in an event offering four qualifying spots for Tokyo 2020, where surfing makes its Olympic debut.

The highest placed eligible athlete from Africa, Asia, Europe and Oceania will book their place at next year's Games.

The direct qualifiers from the Americas were decided at last month's Pan American Games, where surfing featured for the first time.