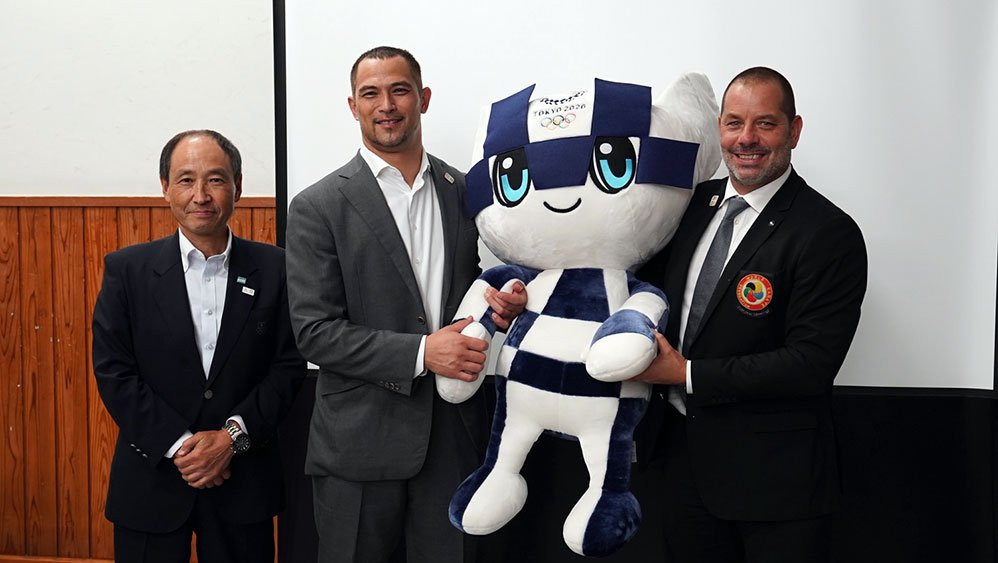 The Nippon Budokan sports hall will host the Tokyo 2020 karate test event tomorrow, following the conclusion of the fifth leg of the Karate 1-Premier League in the Japanese capital.

Both kata and kumite disciplines will be contested at the Olympic test event.

Karate will make its Olympic debut at Tokyo 2020 and the "Ready Steady Tokyo" test event will be a last chance for the World Karate Federation (WKF) to put the venue through its paces.

The WKF hosted an Olympic Seminar on the eve of the Karate 1-Premier League tournament, where around 100 coaches were given an overview of preparations ahead of Tokyo 2020.

The seminar also outlined coaching requirements during Games time and addressed issues including the protection of athletes, clean sport and general rules of behaviour.

"I could really feel the excitement of all the coaches and athletes here," said Tokyo 2020 sports director Koji Murofushi, who led the seminar alongside WKF Athletes' Commission chairman Davide Benetello.

"I can see that karate is very much looking forward to next year.

"We are less than one year to go and the excitement of everyone here was evident."

Benetello added: "I really appreciated Mr Murofushi’s spirit, and I am very grateful that he took the time to be with us here today.

"He believes in legacy and I think this is very important because legacy is one of the most crucial elements of the Olympic Games.

"We are very proud and honoured to have the Tokyo 2020 sports director doing this Olympic Seminar.

"It shows the great relationship that we have with Tokyo 2020 Organising Committee.”