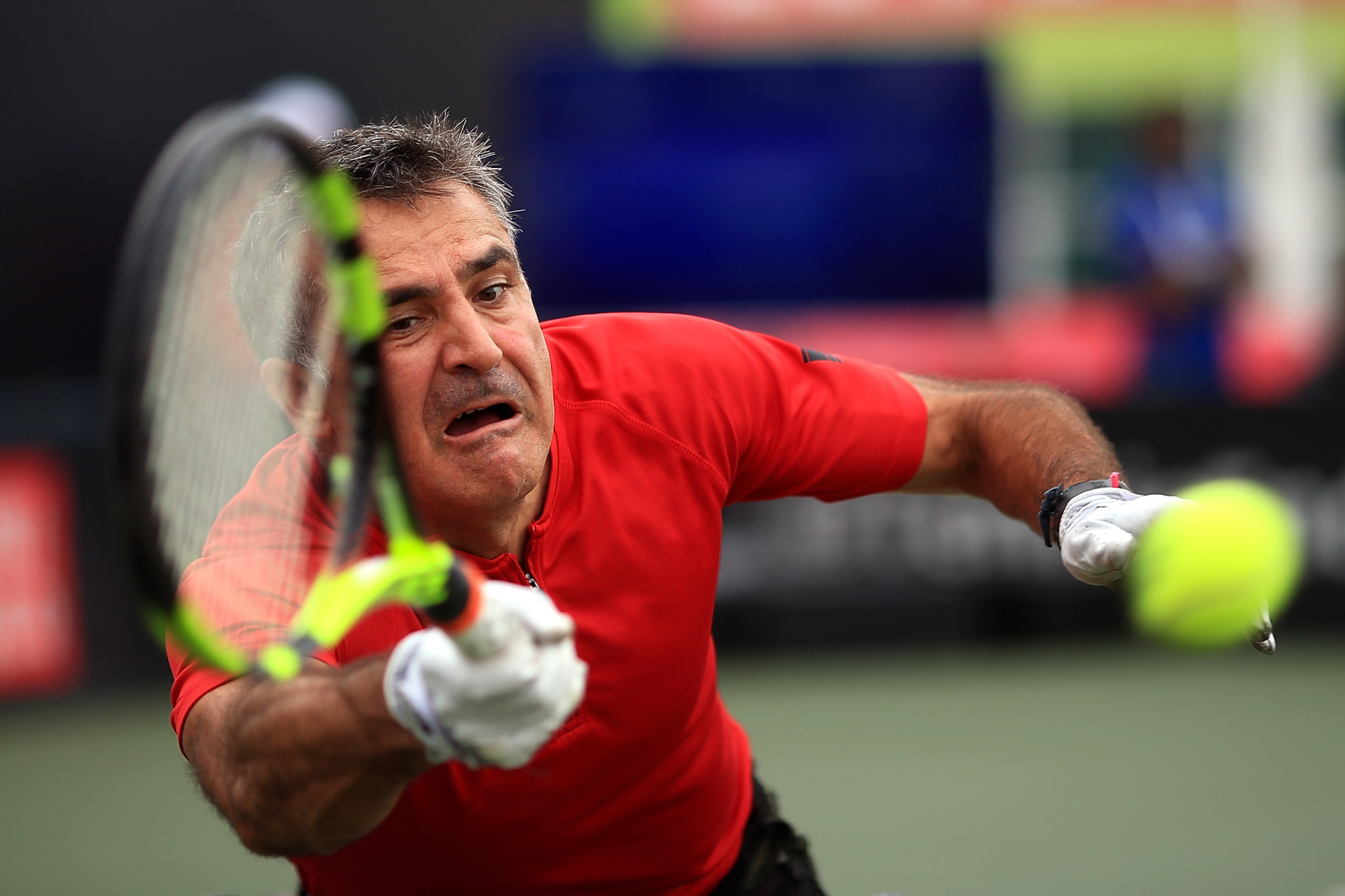 Gustavo Fernández's pursuit of a calendar year grand slam at the US Open wheelchair event came to an end after he was beaten in the semi-final by French veteran Stéphane Houdet.

The 48-year-old former world number one put paid to the 25-year-old top seed’s ambition with a hard-fought 3-6, 6-2, 7-5 victory at Flushing Meadows in New York.

Houdet’s opponent in the final will be defending champion Alfie Hewett of Britain, who beat France’s Nicolas Peifer 6-3, 6-4 in his semi-final, having finished off a quarter-final victory over Japan’s second seed Shingo Kuneida.

Hewett also progressed to the men’s doubles final, where he and partner Gordon Reid will seek a third successive title.

The women’s defending champion, Diede de Groot of The Netherlands, is also into the final after overcoming Dana Mathewson of the United States 6-3, 6-2.

Her opponent will be Japan’s second seed Yui Kamiji, who beat Marjolein Buis of the Netherlands 6-1, 6-3.

Like Hewett, De Groot also has a doubles final to look forward to as she and fellow Dutch player Aniek van Koot are due to meet the pairing of Germany’s Sabine Ellerbrock and Kgothatso Montjane of South Africa.

While Fernández has failed in his quest for a calendar grand slam, that goal remains for Dylan Alcott in the wheelchair quad event.

David Lapthorne, who will partner Alcott in the doubles final against home pairing David Wagner and Bryan Barten, now stands between the 28-year-old Australian and that ambition.

The Briton earned his place in the final by defeating Barten 6-1, 6-3 to finish second in the round robin table behind Alcott, the defending champion.

Alcottt secured the top qualifying position with a 6-0, 7-6 win over home player Wagner, whom Lapthorne beat in his opening match.