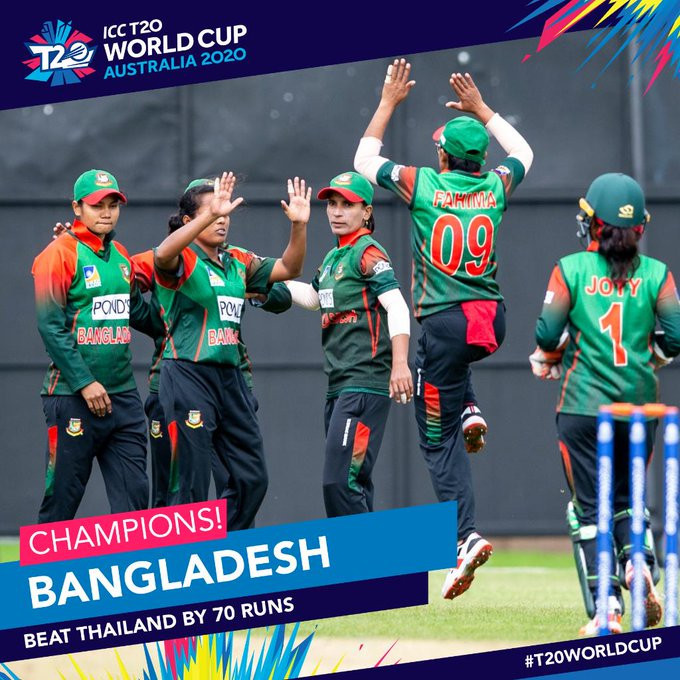 Sanjida Islam set a record score for Bangladesh in a women's twenty20 to guide her side to a comprehensive victory at Forfarshire Cricket Club in Dundee.

Bangladesh batted first and posted a tough target of 131 for victory.

Islam was the star of the show for her team as she finished unbeaten on 71, the highest score achieved by a Bangladeshi woman in a twenty20 international.

Bangladesh finished on 130-7, leaving Thailand with a target they never looked like reaching.

Sanjida Islam has broken the record for the highest score by a Bangladeshi in women's T20Is!

She finishes 71 not out, and Bangladesh have racked up 130/5 in the #T20WorldCup Qualifier Final.

Can Thailand chase this down?

Thailand struggled throughout and were restricted to 60-7 from their 20 overs.

Shaila Sharim was the pick of the bowlers as she took 2-9, while Nahida Akter returned figures of 2-17.

Both teams qualified for next year's World Cup in Australia by reaching the final of the tournament.