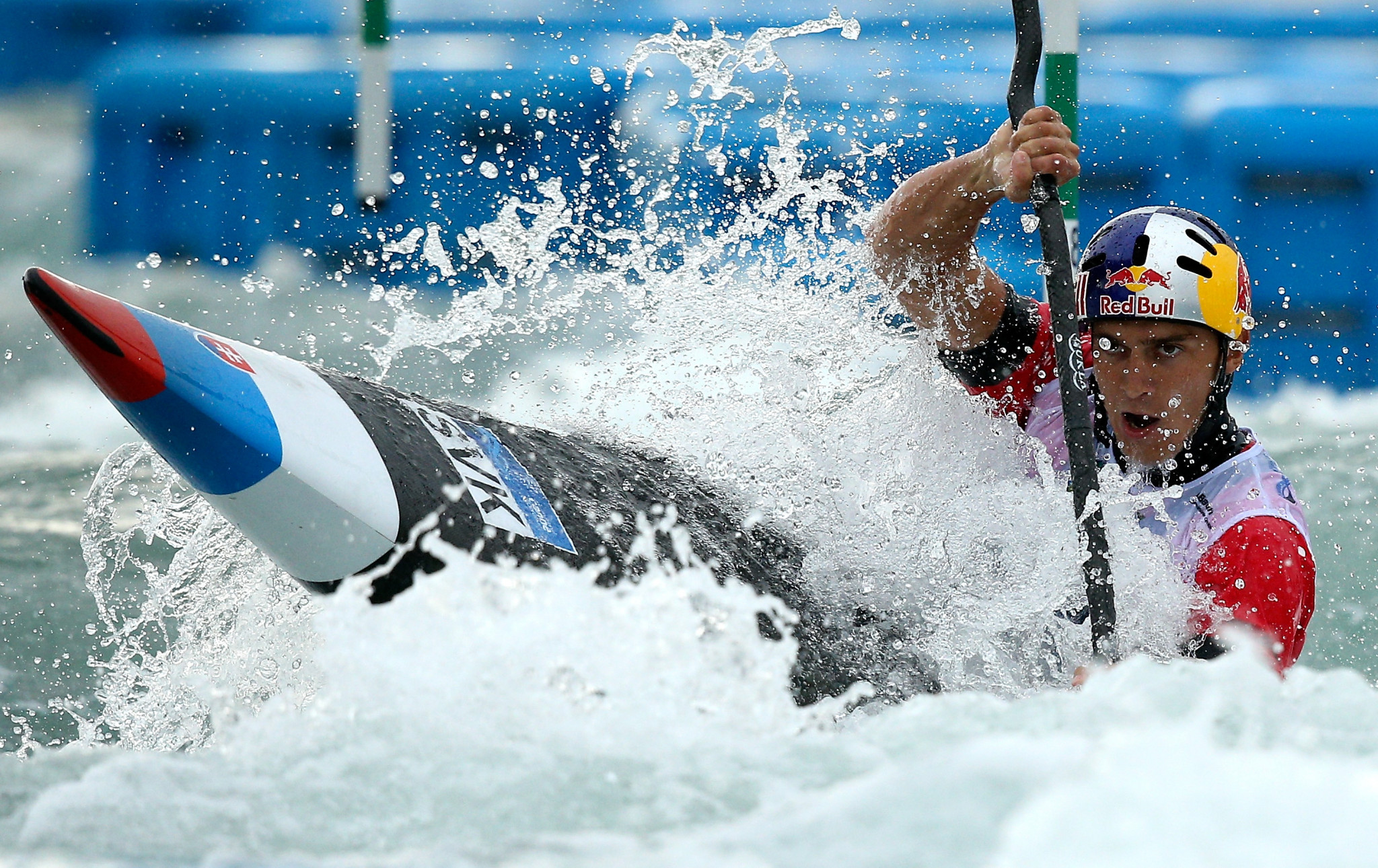 Jakub Grigar of Slovakia produced the fastest time in the heats of the men's K1 event as the International Canoe Federation Canoe Slalom World Cup final began in Prague.

Grigar topped the standings with a time of 89.13sec on the opening day of competition in the Czech capital.

The event is taking on added significance for the World Championships silver medallist and double under-23 world champion as it forms part of the selection process for the Slovakian canoeing team at Tokyo 2020.

"I would say the last two or three years have been a little bit frustrating for me, I couldn’t really deliver what I wanted,” Grigar said.

"I was training well, but when I came to the race I was pretty disappointed after my runs.

"So I’m happy to have done at least one run that actually worked out for me."

Kateřina Kudějová of the Czech Republic was quickest in the women's K1 as she clocked 101.84.

Kimberley Woods of Britain was third, 1.48 behind, while Italy’s Stefanie Horn did enough for third.

Westley posted a time of 95.45 to top the rankings as Switzerland’s Thomas Koechlin was second fastest.

Austria's Nadine Weratschnig, who blew the chance to win a medal at last weekend's event in Markkleeberg, returned to form today by recording the fastest time in the women's C1.

Weratschnig completed the course in 110.93 ahead of Britain’s Kimberley Woods in second.

Jessica Fox of Australia, who is aiming to retain her overall K1 and C1 World Cup titles this weekend, was third.