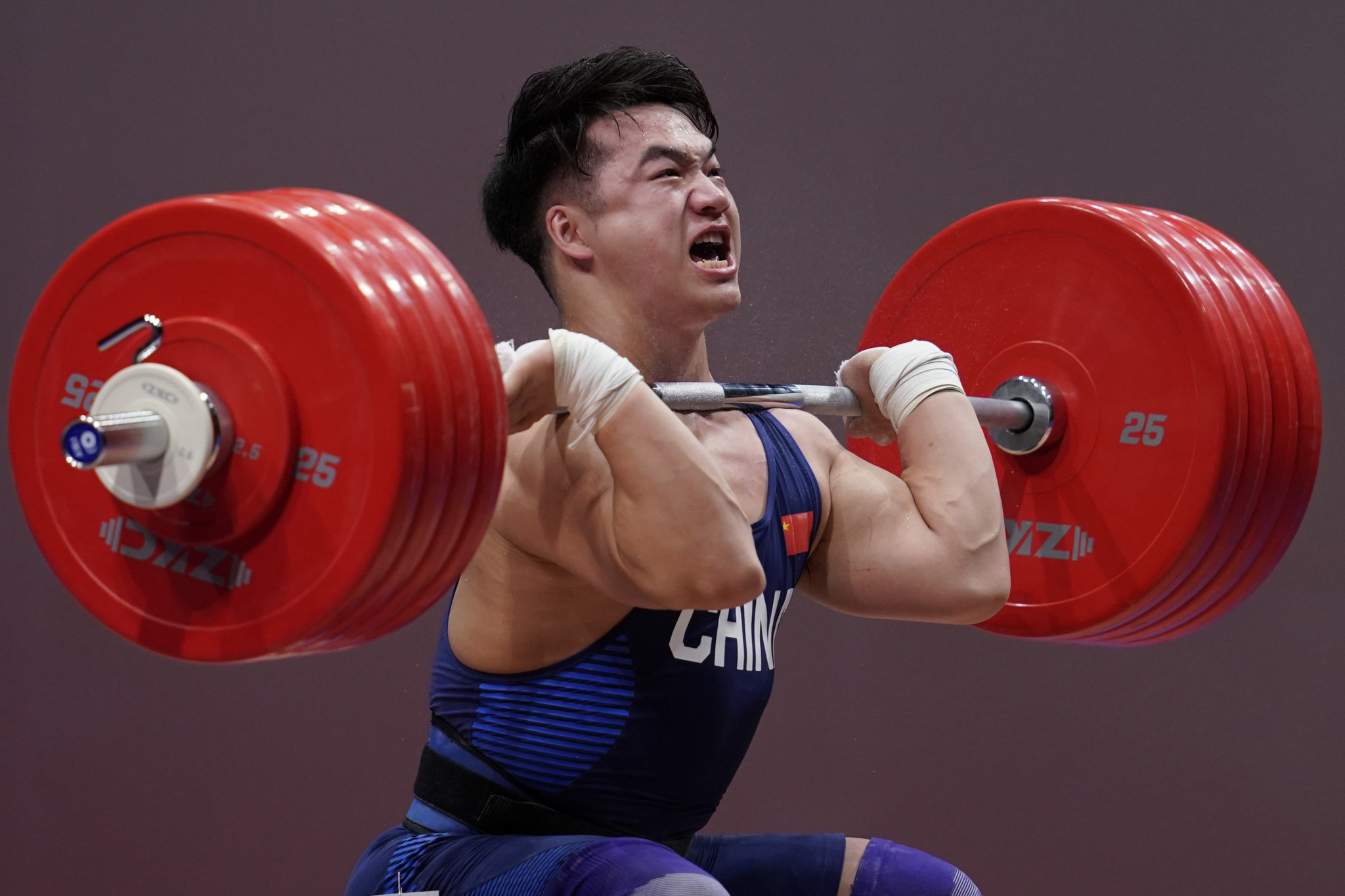 Final entries for the 2019 International Weightlifting Federation (IWF) World Championships later this month have broken all previous records - thanks in part to the presence of Iranian female lifters for the first time.

Another reason for the 700-plus entries is the importance of these Championships in the new Olympic qualifying system launched last year's IWF World Championships.

More than 100 countries are due to compete in Pattaya in Thailand, from September 18, but it is already easy to predict which one will sit on top of the medals table on September 27.

China has entered a formidable maximum team of 20 - and 12 of them currently head the Olympic qualifying rankings in their weight class.

When China won 10 of the 19 events at the 1997 IWF World Championships, it was the best performance by any nation since men and women first competed together globally in 1991.

That remains the best medal haul by a single nation, and China could come close in Thailand.

Some of their lifters, such as Deng Wei in the 64 kilograms and Wang Zhouyu 87kg among the women, and Shi Zhiyong 73kg and Chen Lijun 67kg in the men, are a long way ahead of their rivals in terms of personal bests.

Tian Tao will face strong competition in the men’s 96kg, but is helped by the absence of the Iranian world champion Sohrab Moradi, who suffered a spinal injury and dislocated shoulder in separate training accidents, ending his hopes of Tokyo 2020 qualification.

Iran has had a bad time with injuries having also lost its 19-year-old 89kg lifter Mohammad Hosseini, provisionally suspended for testing positive for anabolic steroids after winning silver at the IWF Junior World Championships.

But for the first time, Iran will be sending a women's team to the World Championships, having set up a national development programme 18 months ago.

With Iraq also sending a women’s team, the male-female split in entries is 395-339, bringing the World Championships a step closer to gender equality.

"Women athletes have been leading the way when it comes to challenging stereotypes about the perceived role of women in society," said IWF President Tamás Aján.

"We are very proud that women weightlifters should be playing such a prominent part among those athletes."

The United States is hoping for its best World Championships in decades.

American medal prospects include multiple junior champion CJ Cummings in the men’s 73kg, the fast-improving Kate Nye, who goes against team-mate Mattie Rogers in the women’s 71kg, and Jenny Arthur, expected to compete at 81kg.

Junior world champion Nye, 20, is top of the rankings and a genuine gold medal contender.

Two British rivals, Zoe Smith and Sarah Davies, have been separated by only one kilogram the last two times they competed against each other, with Smith coming out on top at the European Championships and the British International Open.

Both those events were at 64kg, and this time Smith has dropped to 59kg, leaving Davies in the heavier weight class.

Both women have a very good chance of qualifying for Tokyo 2020.

In the men's 67kg, the highest entry total is posted by Daniyar Ismayilov of Turkey, who cannot qualify for Tokyo because of "bomb-outs" in his first two qualifying attempts, in the Fajr Cup in Iran and the European Championships in Georgia.

Kazakhstan's Ilya Ilyin, disqualified from first place at the Beijing 2008 and London 2012 because of doping, has entered at 360kg in the men's 96kg class, way behind the top-ranked lifters.

Ilyin, 31, is still hopeful of qualifying for Tokyo 2020, as is fellow Kazakh Zulfiya Chinshanlo, 26, also stripped of an Olympic gold medal for doping.

Chinshanlo has posted the equal highest entry total of 220kg in the women's 55kg class, although the numbers will change before verification on September 17.

"Subject to final verification of the entry list, a total of 734 athletes from 105 nations are expected: a record for the IWF that demonstrates the universal appeal of this readily accessible sport," the IWF said.

"Entrants include athletes from countries without an extensive record of participation in past IWF events, including Botswana and St Vincent and the Grenadines."

Ajan said: "The IWF has worked long and hard to ensure fair and clean competition in weightlifting.

"We are very happy to see this work delivering real results by widening the appeal of our sport... more countries than ever are likely to be challenging for Olympic medals."

The final numbers will drop slightly, as some nations have entered reserves beyond the maximum team size of 20, but will still surpass the record set in Athens in 1999, where 626 athletes competed.

The host nation will not have any lifters competing, as Thailand withdrew from international competition because of multiple doping violations.