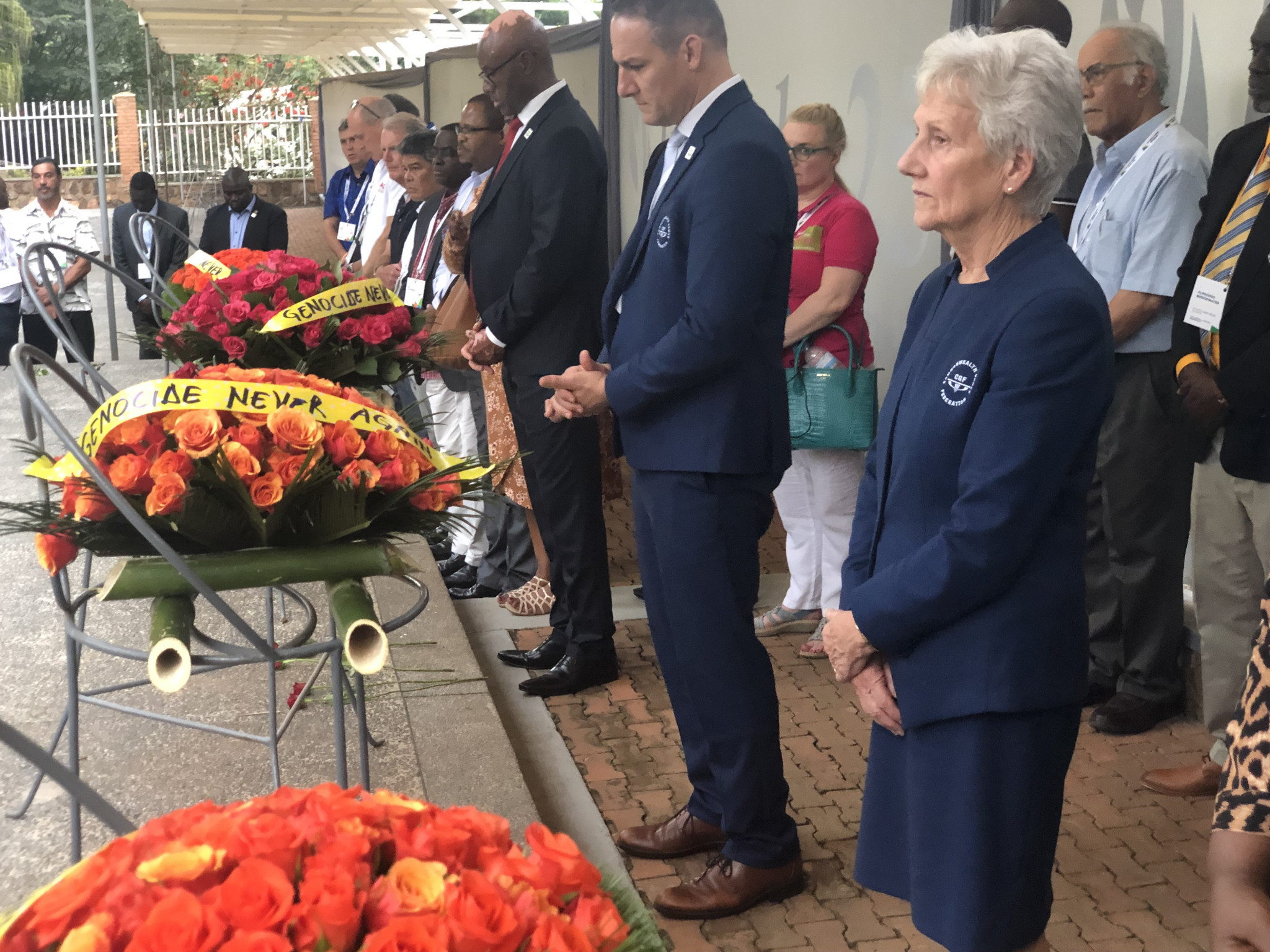 The remains of over 250,000 people are interred there, and Dame Louise led a visit from representatives of the 70 countries and territories attending the CGF General Assembly, taking place in Rwanda's capital on Thursday (September 5).

The Rwandan genocide was a mass slaughter of Tutsi, Twa and moderate Hutu, between April 7 and July 15 in 1994, leaving more than a million people dead.

The Centre is a permanent memorial to the victims and serves as a place where the bereaved could bury their family and friends.

Rwanda joined the Commonwealth as part of its rehabilitation, even though it has no colonial ties to Britain.

After touring different sections of @Kigali_Memorial, delegates attending @thecgf General Assembly laid wreaths on mass graves before observing a minute of silence in memory of over 25,000 Genocide victims buried at the memorial. #RwandaCGF2019 pic.twitter.com/ozjeSWfz5G

"Rwanda is our youngest member, joining the Commonwealth in 2009 and first competing the 2010 Delhi Commonwealth Games," Dame Louise, visiting the country for the third time, said.

"It is an inspiring country."

The CGF General Assembly has been organised by the Rwanda Commonwealth Games Association under the leadership of its President, Valens Munyabagisha.

"We are truly honoured to host the Commonwealth Games Federation General Assembly 2019, which is under the theme 'Commonwealth Sport: Inspired by Agaciro'.

"The theme of this year's General Assembly has been inspired by the Rwandan Government's de facto motto, 'Agaciro', which means dignity."