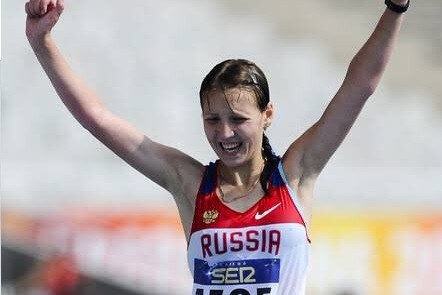 According to a statement from the Athletics Integrity Unit (AIU), the 25-year-old obtained the ban after "use of a prohibited substance or prohibited method".

The ban will be enforced from March 27 of this year, with all results achieved by the athlete between January 31 2018 and March 27 annulled.

Medvedeva also received a two-year ban in 2013 for another doping violation, returning to the sport on June 12 2015.

Her previous results include victory in the 10 kilometre race at the 2012 IAAF World Race Walking Cup.

The All-Russia Athletics Federation reported that the 22-year-old had tested positive for a number of banned performance enhancing drugs, including metabolites of androsterone and exogenous testosterone, on June 8.

He had been competing at an Siberian Federal District athletics event in Irkutsk.

The ban will start from August 14 this year, with all of Dementyev's results since June 8 annulled.