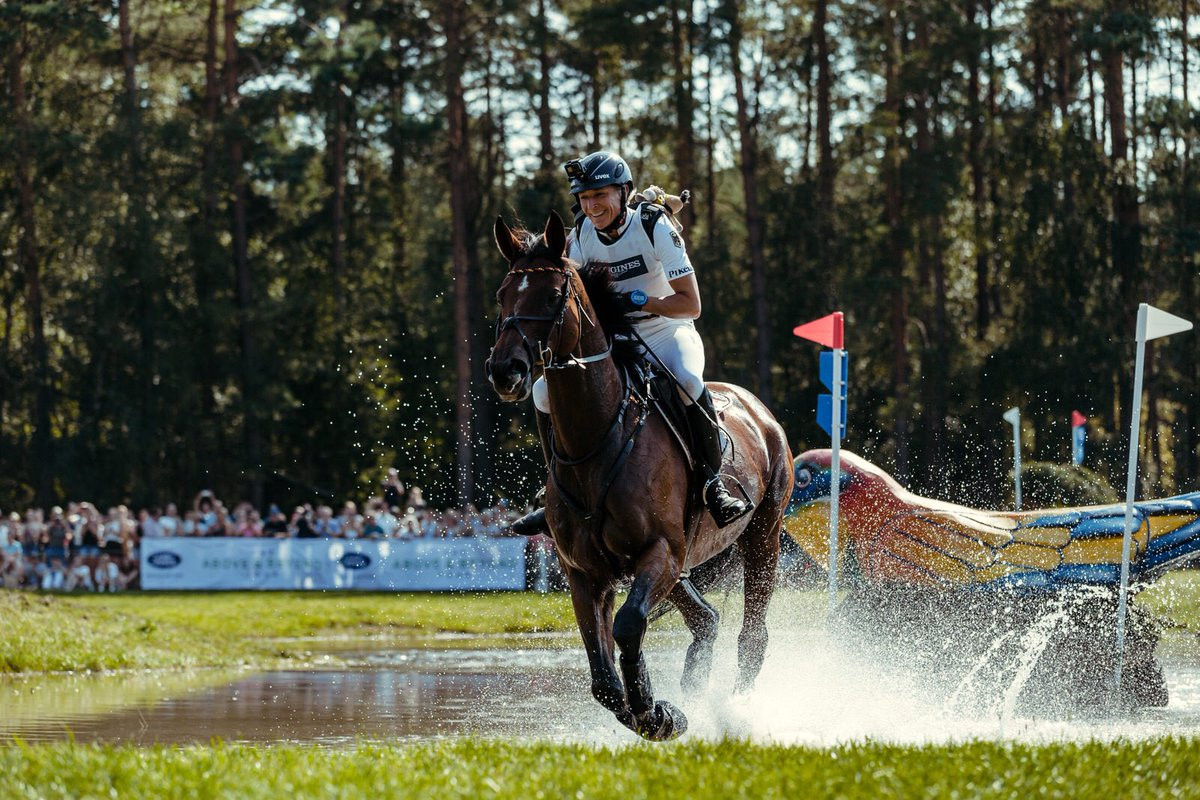 Klimke finished on 22.2 penalties and was confirmed as the winner after double Olympic champion and team-mate Micheal Jung, riding FischerChipmunk Frh, had a fence down.

The 51-year-old and her bay gelding have become only the second combination to win back-to-back titles at the continental event, with the first being Great Britain's Pippa Funnel and Supreme Rock in 2001.

Jung, who was bidding to become the first rider to prevail at the FEI European Eventing Championships four times on four different horses, had started the day in the lead with 20.9 penalties but ended on 24.9 in the silver medal position.

A brilliant clear from Ireland's Cathal Daniels and Rioghan Rua saw them rise from sixth place to third and take the bronze medal with 29 penalties.

They had a fence down! 😱

France's Thibaut Vallette dropped from third spot to fifth, just behind compatriot Christopher Six, after putting one fence down.

As well as costing him the individual bronze medal, it also meant France lost out on a silver medal and a podium place of any sort in the team event, which was won by Germany with 82.50 penalties.

Great Britain finished second with 104.80 penalties, while third spot went to Sweden, who secured their qualification for the Tokyo 2020 Olympic Games along with fifth-placed Italy, with 105.10.

Joining Klimke and Jung on the triumphant German team were Andreas Dibowski and Kai Rüder, with the former's final score of 35.40 penalties completing the country's total and the latter's 41.80 being discarded.