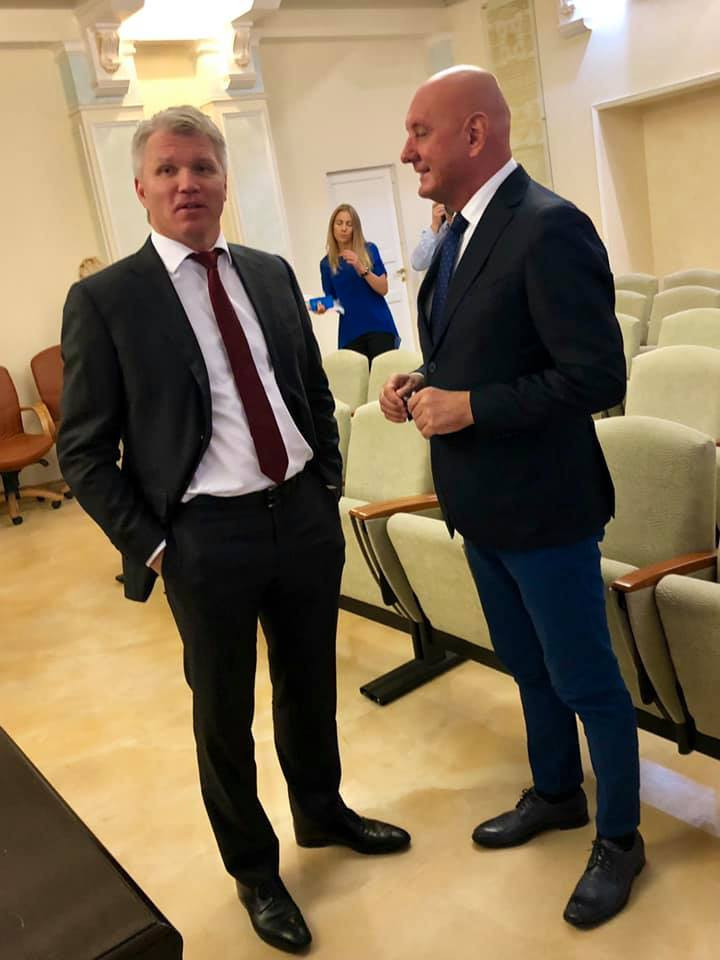 International Bobsleigh and Skeleton Federation (IBSF) President Ivo Ferriani suggested Russia could host a World Cup as early as the 2020-2021 season, during a meeting with the country's Sports Minister Pavel Kolobkov.

Bobsleigh was one of the sports at the heart of the Russian doping scandal, which affected the 2014 Winter Olympic and Paralympic Games in Sochi.

Sochi had been due to stage the 2017 IBSF World Championships, but the event was moved to Königssee in Germany in December 2016 following revelations in the McLaren Report.

The 2014 Winter Olympic host city is set to host an Intercontinental Cup in November and is also bidding for the 2024 IBSF World Championships.

Ferriani and Kolobkov met to discuss bobsleigh in Russia and the work done by the country's national federation, led by President Elena Anikina.

In a Facebook post, Anikina - who took over as Bobsleigh Federation of Russia President from Alexander Zubkov, stripped of the two Olympic gold medals he won at Sochi 2014 for his involvement in the doping scheme - said Russia hosting World Cups in the future was discussed during the meeting.

Also raised was Sochi's bid for the 2024 IBSF World Championships and the upcoming Intercontinental Cup, a second-tier event solely for skeleton athletes.

"We discussed the development of our sport in Russia, all the work which is done by the country, and federation," said Anikina.