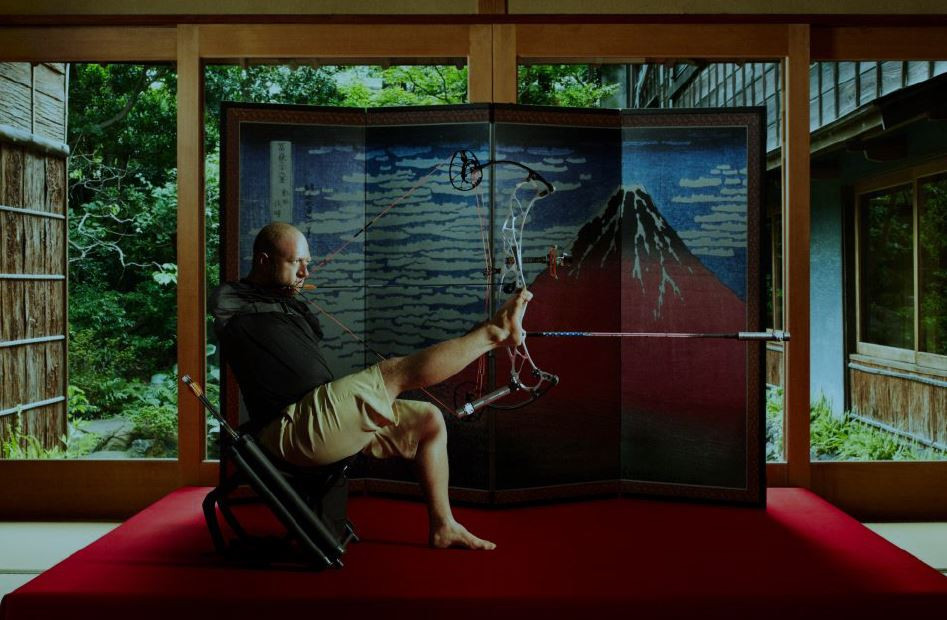 Archer Stutzman, from the United States, is pictured against the backdrop of the Red Fuji from ukiyo-e artist Katsushika Hokusai's series, "Thirty-six Views of Mount Fuji".

"I am thrilled to be part of the campaign to promote the Tokyo 2020 Paralympic Games," said Stutzman.

"I encourage everyone to go out and buy tickets to see the exciting competition and share in the experience of the event."

Stutzman holds the Guinness World Record for the longest accurate shot at 310 yards and is bidding to compete at the Tokyo 2020 Paralympic Games, taking place from August 25 to September 6.

He is currently training for a third successive Paralympic Games.

A ticket lottery for the Games was opened to Japanese residents from August 22 and runs until September 9.

The campaign will run until September 12, with additional Paralympic stars and Japanese locations still to be unveiled.

Next Friday (September 6), an additional campaign will be officially unveiled by Tokyo 2020.

The "Make the Beat!" project is to be launched in partnership with Meiji University.

It aims to encourage fans around the world on social media to become familiar with the Tokyo 2020 beat, a rhythm that spectators can dance or clap along to, in order to heighten the atmosphere and excitement at venues.

Tokyo 2020 chief technology innovation officer Yasou Miki will give a full explanation of the project during the launch, when a promotional video will also be aired for the first time.