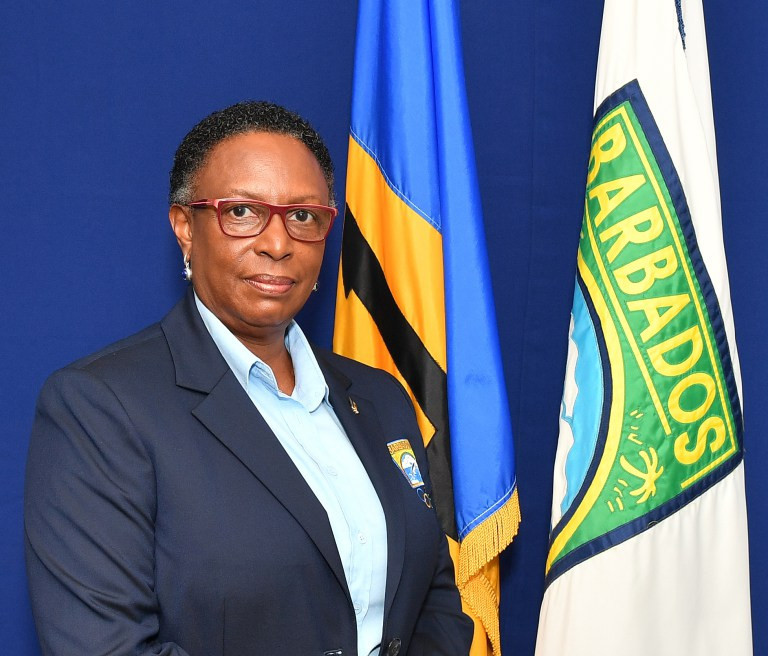 Osborne has been BOA President since 2017, having previously served on the BOA board as director from 2012.

Osborne is also a legal adviser to the Commonwealth Games Federation, chairs its Governance and Integrity Committee and sits as a member of its Gender Equality Task Force.

BOA assistant secretary general Cameron Burke will run unopposed for another term in his position, held since 2004.

Burke has been a BOA director since 1996 and is a member of the Barbados Hockey Federation.

Three directors are seeking re-election at the AGM, to be held at the Lloyd Erskine Sandiford Centre in Two Mile Hill, St. Michael.

Nominated by the Barbados Tennis Association, Mona Alleyne has been a director since 2010.

Dr Adrian Lorde is a prominent figure in regional and international anti-doping administration and has been nominated for re-election by the Barbados Tennis Association.

The Athletics Association of Barbados has nominated Esther Maynard for re-election.

The long-time physical education teacher and administrator has received several awards for her work in sport and was inducted into the Central American and Caribbean Hall of Fame in 2010.

Accountant Shelly-Ann Griffith is vying to become a director after her nomination by the Barbados Weightlifting Association.

Griffith has been a volunteer and administrator in several sports and is the event manager for the Phillips & Springer Classic weightlifting competition.

President Osborne is expected to provide a progress report of the BOA's strategic plan at the AGM, while the Barbados Sports Karate-Do Federation's membership is due to be ratified at the meeting.