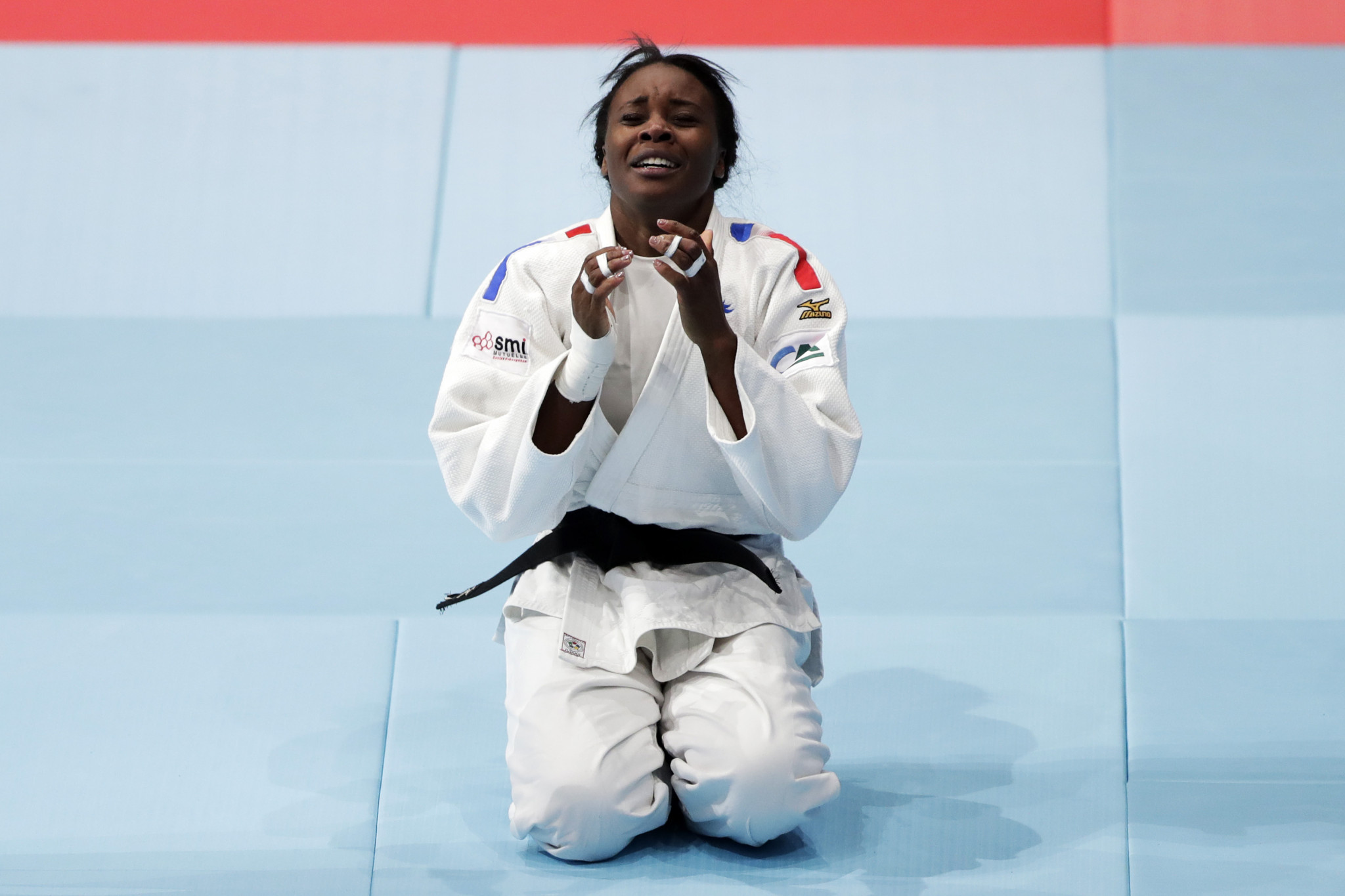 Madeleine Malonga beat the world number one and reigning champion on her way to gold in the under-78 kilograms category at the International Judo Federation (IJF) World Championships.

It continues a sensational tournament for the French judo team, with their female fighters having won gold on each of the previous three days.

Fourth seed Malonga was up against two-time former champion and top seed Marya Aguiar in her semi-final, but swept aside the Brazilian to set up a clash with Shiro Hamada of Japan, in front of her home crowd in Tokyo.

However, the French fighter produced another excellent display, an uchi-mata getting her an early waza-iri.

Hamada tried an immediate response with tomoe-nage, but nothing was given, to the umbrage of the home supporters at the Nippon Budokan.

Undaunted, Malonga claimed the ippon with o-soto-gari and, for the judoka born on Christmas Day, claimed the best gift of all.

"I'm very, very happy, it's a dream come true," she said after her win.

"When the referee said ippon, I said 'oh my god, oh my god'.

"It's a pleasure to win and I worked hard to be there tonight, but for me it doesn't make a difference who I fought, I was just here to win.

"The atmosphere is really good in the team, it was tough at the beginning as we were finishing fifth, missing medals, it was disappointing, but it is the end when we count the points.

"I am confident in our heavyweight tomorrow, and that we can finish above Japan."

In the men's under-100kg, Jorge Fonseca won Portugal's first ever World Championships gold medal with an attacking and energetic display in the final against Russia's Niyaz Ilyasov.

Fonseca won by a single waza-iri point - going for seoi-nage, he rammed through his technique with brute strength as Ilyasov tried to scramble away, legs pedalling madly on the tatami.

The eighth seed gave every ounce of energy trying to complete the victory with an ippon, only defending in the final few seconds.

Afterwards, the gregarious Fonseca blew kisses to the crowd, danced to the music pumping around the stadium and waved regally from the podium as he enjoyed every second of his coronation as world champion.

"I don't have words to express my happiness - I worked a lot for this medal, I am so happy to be in this position," he said.

"I am a hard worker, I have a good coach, even in bad moments he never gives up on me, thank you to him.

"That last minute was hard for me, I thought maybe I will lose this, when I have worked so hard for this.

"I'm very happy I could do my judo - it is in offensive judo, and I think it is beautiful to watch.

"I wanted to show it off in Tokyo, and I always wanted to win by ippon."

On his celebrations, he said: "It was an African dance, I have origins in Africa, I have been dancing like this with my family and friends - and sometimes in the disco."

Aaron Wolf won bronze for Japan, as did Michael Korrel of The Netherlands, the Dutchman beating 2018 champion and second seed, Korea's Cho Gu-ham.

Live coverage is on insidethegames from the Nippon Budokan in Tokyo.