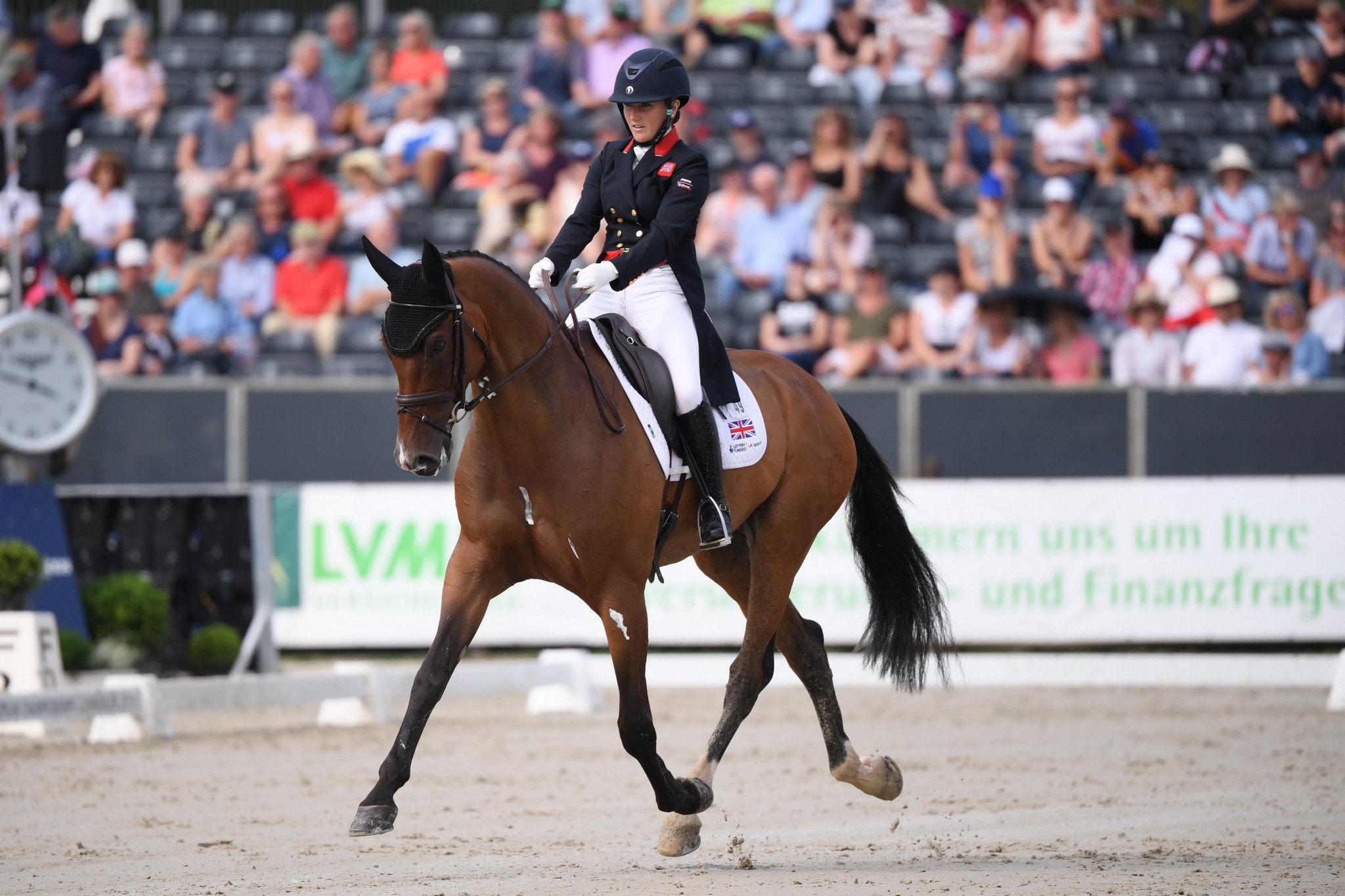 Belgium lead the team standings after the first day of dressage at the International Equestrian Federation (FEI) European Eventing Championships in Luhmühlen in Germany.

It is Great Britain’s Laura Collett, however, who holds top spot in the individual standings.

The 29-year-old, a neat rider known for her prowess in this phase, scored a total of 25.5 penalties on the German-bred 10-year-old London 52, a runner-up at Boekelo CCI4*-L last year and winner of the Chatsworth CCI4*-S this year, but only one of the three judges placed her first.

"He’s still a bit green and shy," Collett said of London 52, who made only small errors in the second flying-change and with a misstep in the canter work.

"He saw the grandstand and was a little overwhelmed.

"He’s never been in a situation like this before, but he listened to me and kept his head, knows all the moves and trusts me so much."

"If I keep riding and hold his hand, he's all right.

"I'm obviously delighted with his score and it’s exciting for the future."

With Day 1 of Dressage over and out, the competition is already at a peak - with the defending @LONGINES FEI European Champions still to come!
Scores tight & tests on point, it's dangerously close between the top!

The Ground Jury – made up of President Martin Plewa of Germany, Denmark's Anne-Mette Binder and Australia's Peter Andrew Shaw – awarded sub-30 marks to seven of today's 35 riders, including the first two for the Belgian team, Laura Loge on Absolut Allegro and the hugely-experienced Karin Donckers on Fletcha vant Verahof.

The pair are in equal fourth place on 28.8 penalties, which puts the nation, searching for qualification for the Tokyo 2020 Olympic Games, into first place in the team competition with 57.6.

Hosts Germany are second on 60.4 penalties, with their pathfinder Andreas Dibowski scoring 34.6 to add to Rüder's 25.8.

France are third with 64.2 points, while defending champions Britain are fifth behind Italy.

Pippa Funnell, who won the European title in Luhmühlen in 1999, was a late call-up to the British team on Monday (August 26) and is taking the pathfinder role on Majas Hope, currently 17th individually on 35.4 penalties.

Second to go, Piggy French and Quarrycrest Echo, members of the winning team at the 2018 FEI World Equestrian Games in Tryon in the United States, are in seventh place on 29.8 penalties.

Competition is expected to heat up tomorrow when all eyes will be on defending champion Ingrid Klimke and her brilliant horse SAP Hale Bob OLD, plus her German team mate and three-time champion Michael Jung with his exciting new ride FischerChipmunk Frh.