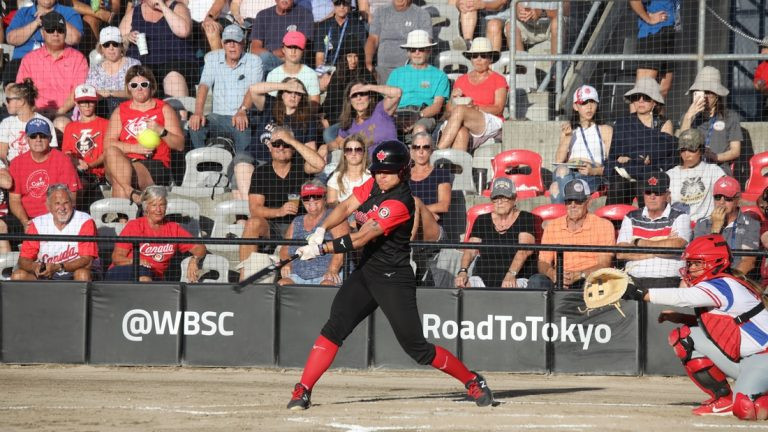 The home success at Softball City in Surrey means the Canadians will go through to the super round as group winners as the race for two Tokyo 2020 places intensifies.

Canada scored all three of their runs in the bottom of the third as pitchers Sara Groenewegen, Jenna Caira and Danielle Lawrie combined for a four-hit shut-out.

Their record is four victories and no defeats before the last group match against The Bahamas tomorrow.

Puerto Rico have three victories and one defeat and have also qualified for the super round, but today's match was important as results from the opening group phase carry over.

Cuba eased past Guatemala 15-0 to move onto the same record as Puerto Rico and also ensure super round participation.

The two sides meet tomorrow in their last group match, which will determine who carries points forward.

As Canada have already beaten Cuba as well as Puerto Rico, they start the super round with two victories to their name.

Bahamas were awarded their first victory by way of a 7-0 walkover against Argentina, who dropped out of the event.

Guatemala will receive their own walkover against the Argentinians tomorrow, but with a record of one win and three defeats they are already out of contention.

In Group B, both Brazil and Mexico maintained 100 per cent starts after four matches.

The countries will now meet tomorrow in a huge clash which will decide who wins the group and takes forward the super round points.

Peru were given a 7-0 walkover against British Virgin Islands who have also forfeited their participation at the event.

It moved them level with the Venezuelans on a record of two wins and two defeats, with the sides meeting tomorrow for the third and final super round place.

Eliminated Dominican Republic have lost all four of their games but will be given a walkover tomorrow when they were supposed to face British Virgin Islands.

The top two sides from the super round will qualify for Tokyo 2020.