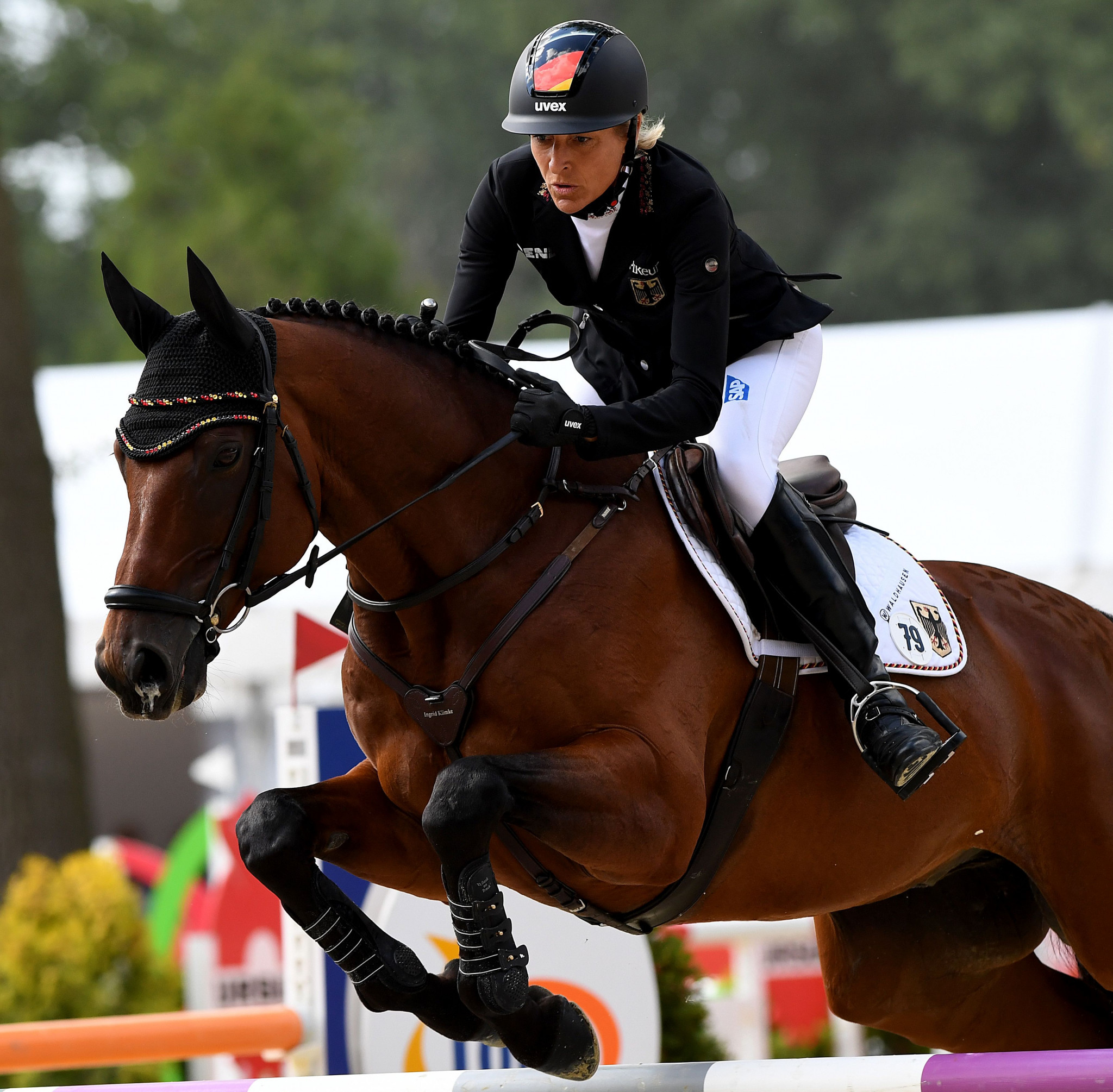 Reigning champion Ingrid Klimke is among an extremely strong squad and returns on the horse she won the title with in 2017 in Polish city Strzegom – SAP Hale Bob.

The team eventing Olympic champion from Beijing 2008 and London 2012 will be challenged, however, by compatriot Michael Jung, chasing a record fourth European title.

Jung, the individual Olympic champion at both London 2012 and Rio 2016 who also won team gold in the British capital, won his first continental crown when the event was last held in Luhmühlen in 2011.

He went on to win again in 2013 in Swedish city Malmö and in 2015 at Blair Castle in Scotland, before being pipped into silver by Klimke in Strzegom.

His challenge this year will be on board a new horse, FischerChipmunk FST, taking over from former team mate Julia Krajewski.

Germany's strength in depth means they will be difficult to stop in the team event, but will face competition from Britain, who captured gold in Strzegom and also won at last year's World Equestrian Games in Tryon in the United States.

Thibaut Vallette, a member of their victorious team in Brazil, is in the line-up, as well as former European champions Jean-Lou Bigot and Nicolas Touzaint.

France have incredibly never won the team title at the European Championships, despite their previous pedigree.

Other teams to look out for include Ireland, who were second behind Britain in Tryon last year.

Sweden and Italy, the respective silver and bronze medallists in the team event in Strzegom, should also be strong.

Competition begins tomorrow, with the first of two days of dressage.

Cross-country will follow on Saturday (August 31) before jumping concludes the event on Sunday (September 1).