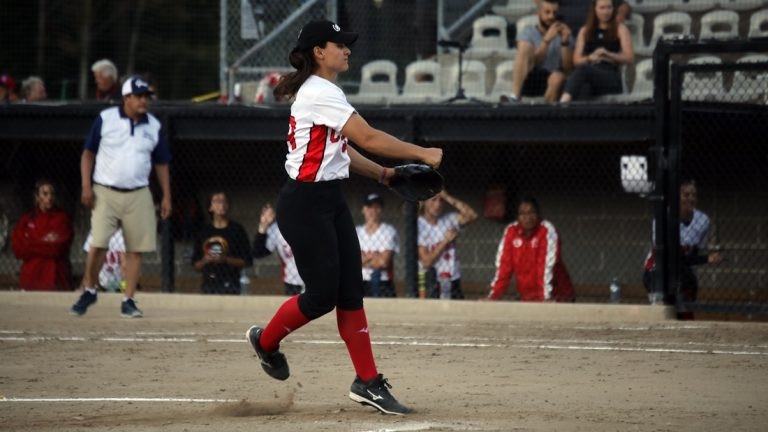 The host nation, Puerto Rico, Brazil and Mexico all sit on a record of three victories and no defeats at Softball City in Surrey as the race to reach Tokyo 2020 continues.

In Group A, Danielle Lawrie and Jenna Caira pitched a perfect game with eight strikeouts in four innings as Canada thrashed Guatemala 19-0.

Puerto Rico were similarly dominant as they saw off The Bahamas 13-0.

The group's other game saw Cuba awarded a 7-0 walkover against Argentina as the South Americans have dropped out of the tournament.

They move to a record of two victories and one defeat to sit just behind the top two.

Guatemala have one win and two defeats with The Bahamas yet to get off the mark.

In Group B, Brazil kept their 100 per cent start intact as they pipped Venezuela, who also had a perfect record before today, 2-1.

Mariana Ribeiro scored a double in the sixth inning as the Brazilians came from behind.

Mexico's third win was guaranteed as they were due to face British Virgin Islands, who have also forfeited their place at the event.

As with Cuba, they were awarded a 7-0 walkover.

The group's other game saw Peru beat Dominican Republic 6-1 to move to a record of one victory and two defeats.

Dominican Republic are yet to register a victory.

Canada will meet Puerto Rico in Group A in a battle between the two unbeaten sides, with Cuba taking on Guatemala.

Bahamas will be given their first victory as they will receive a walkover against Argentina.

Peru will be given a walkover against British Virgin Islands.

The top three in each group will reach the super round, where results will carry over, with the top two from this qualifying for Tokyo 2020.