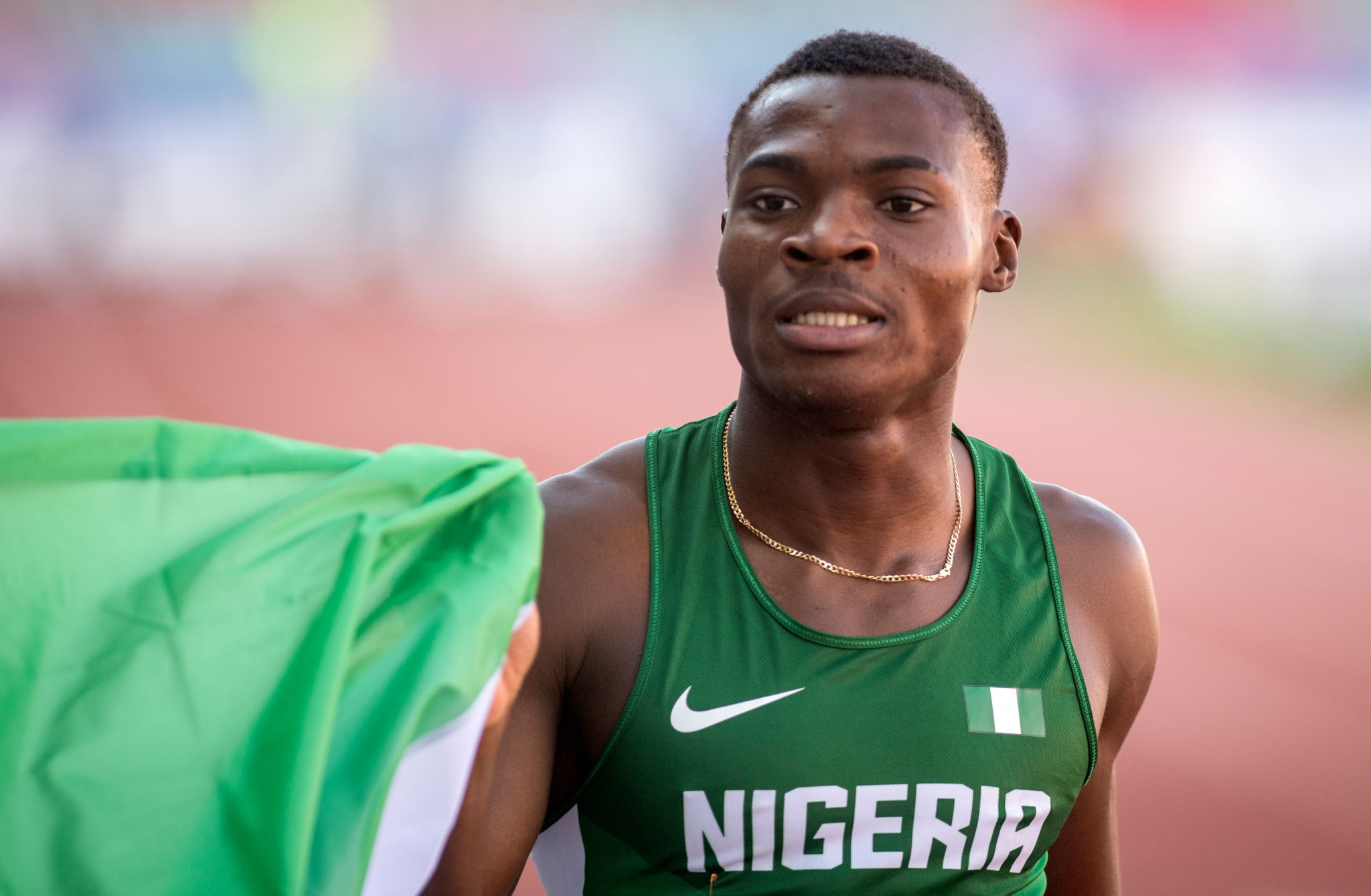 Ekevwo triumphed in a time of 9.96sec at the Moroccan capital's Olympic Stadium in the Moulay Abdellah Sports Complex.

Victory for Ekevwo secured Nigeria one of their two athletics gold medals today.

The other came courtesy of Chukwuebuka Enekwechi in the men's shot put with a throw of 21.48m, a new Games record.

There were also two athletics gold medals for Burkina Faso and Ethiopia.

Burkina Faso's came from Hugues Fabrice Zango in the men's triple jump, with a leap of 16.88m, and Laetitia Kimalou Bambara in the women's hammer, throwing 65.28m.

There was also success for Nigeria in weightlifting, with Folaahade Rafiatu Lawal winning the women's 59 kilograms title with 210kg and Joy Ogbonne Eze taking the women's 64kg crown with 218kg.

Both athletes also topped their snatch and clean and jerk standings.

The one other weightlifting gold medal went to Tunisia's Karem Ben Hnia, in the men's 73kg, with 333kg ahead of Egypt's Moustafa Ibrahim with 313kg and Algeria's Nafaa Sariak on 292kg.

Among the other sports in which medals were awarded was fencing, with mixed fortunes for Egypt and Tunisia.