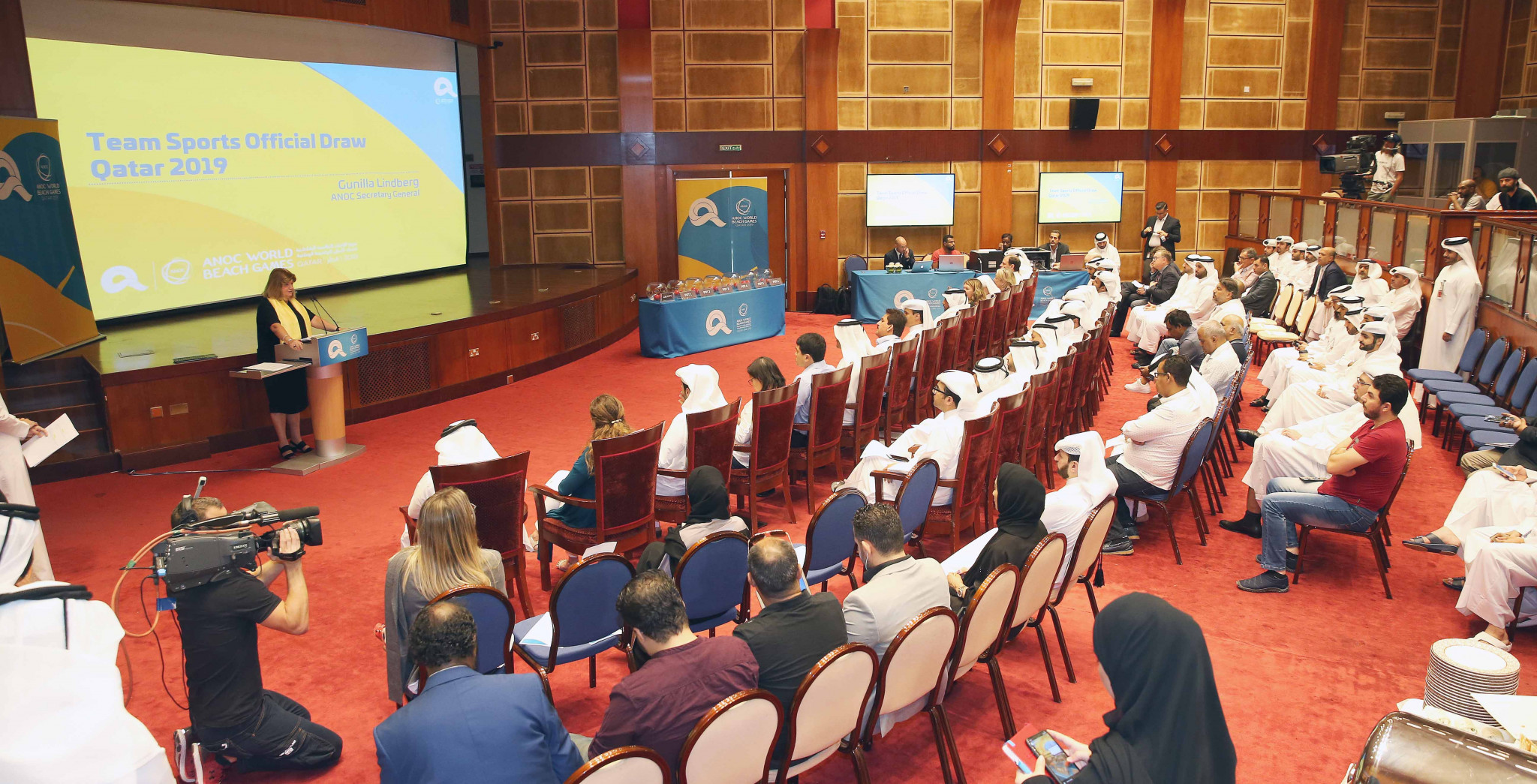 The draw for the beach soccer and beach handball tournaments at this year's inaugural World Beach Games has been made in host nation Qatar.

Twenty-four sides will compete in each sport at the Association of National Olympic Committees (ANOC) event between October 12 and 16.

Hosts Qatar have been drawn in Group B of the men's beach handball competition, alongside Croatia, Hungary, Spain, Uruguay and Tunisia.

In Group A of the women's tournament, Brazil, Denmark, Hungary, Argentina, the US and Tunisia will lock horns, with Greece, Spain, Poland, China, Australia and Vietnam set to do battle in Group B.

Four men's groups have been drawn in beach soccer with Brazil, Switzerland, United Arab Emirates and Morocco in Group A.

Italy, Spain, Mexico and Solomon Islands make up Group B with Iran, Paraguay, Senegal and Ukraine in Group C.

In the women's event, Spain, Brazil, Cape Verde and Mexico contest Group A, while Britain, Russia, the US and Paraguay are in Group B.

Both draws were carried out at the Qatar Olympic Committee (QOC) headquarters in Doha and shown live on national broadcaster Al Kass.

Sasa Kuburovic, a member of the International Handball Federation Beach Handball working group, and President of Beach Soccer Worldwide Juan Cusco took charge of the draws for their respective sports.

More than 1,300 athletes are expected from around 90 countries, with action split between the Katara and Al Gharafa beach venues in Doha.

"I would like to express our gratitude to the Government of Qatar and the Qatar NOC for their enthusiasm and commitment to hosting an unforgettable ANOC World Beach Games," said ANOC secretary general Gunilla Lindberg.

"We are delighted to be joined by representatives from Beach Soccer Worldwide and the International Handball Federation for this draw.

"We thank them and all participating International Federations for their excellent cooperation and partnership.

"With their support and the support of the NOCs and all stakeholders in Qatar we have no doubt that the first-ever ANOC World Beach Games will be a great success."

Jassim Rashid Al Buenain, the QOC secretary general, added: "It is a pleasure to welcome you to Doha, the capital of our sports loving nation of Qatar.

"On behalf of His Excellency the President of the QOC, as well as all of the Organising Committee, I would like to express our gratitude to ANOC for their trust in selecting us to host the inaugural edition of their elite Games.

"This team sports draw represents another major milestone in the lead up to the Games.

"This is adding to the excitement that has grown since last June when we signed the host city contract.

"We wish the participating teams the best of luck and we look forward to welcoming you and all the world's athletes in October."