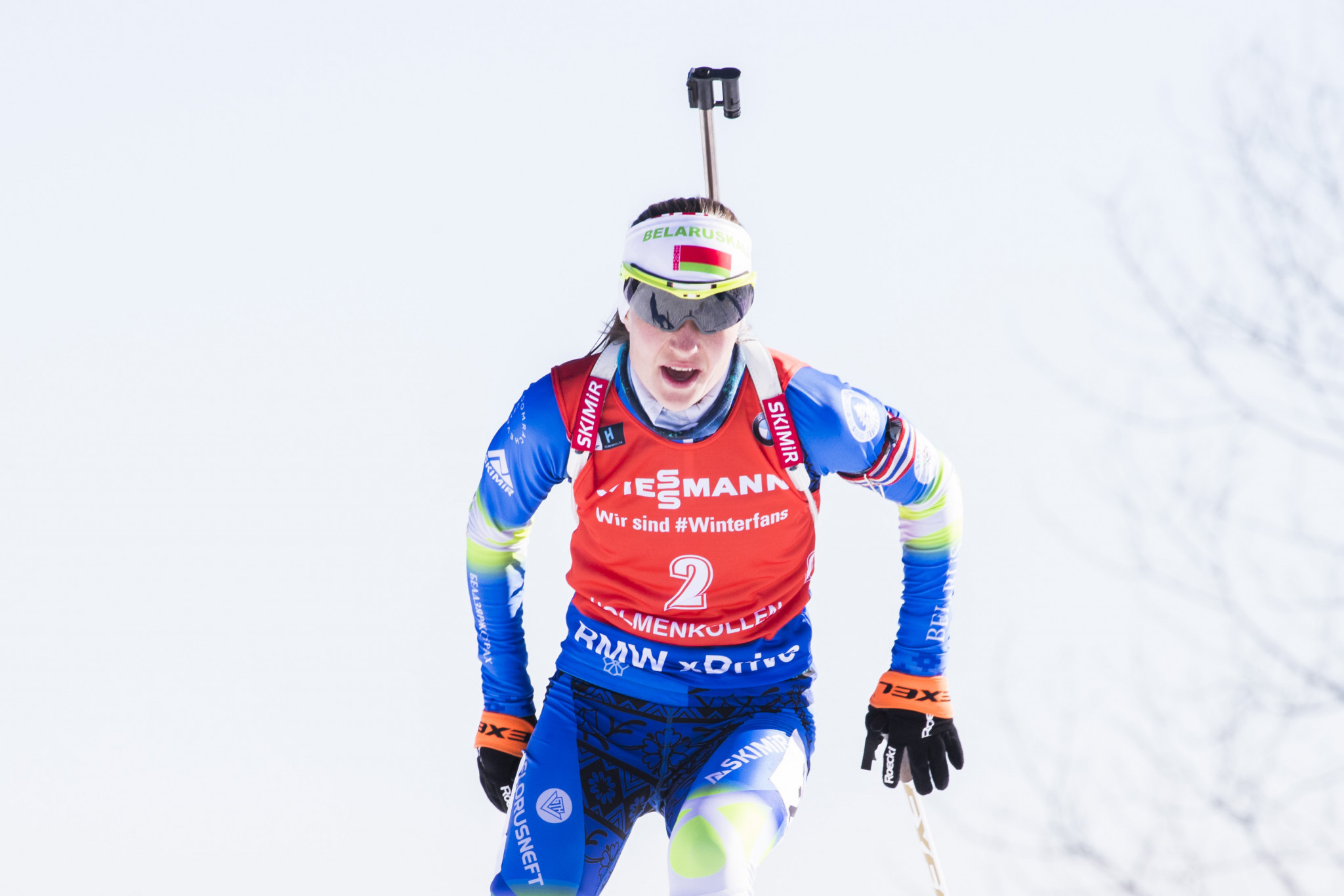 The four-time Olympic champion was presented with the small crystal globe at a ceremony during the Summer Biathlon World Championships in Minsk-Raubichi.

Glazyrina was given a backdated two-year ban and had all of her results from 2013 to 2017 disqualified in May 2018, after she was sanctioned by the IBU based on evidence uncovered in the McLaren Report.

The 32-year-old was the first athlete to be punished for a doping offence using the McLaren Report alongside evidence in the Moscow Laboratory Information Management System database.

Domracheva was crowned winner of the pursuit from the 2014-2015 campaign after the IBU revised the points totals following Glazyrina's retrospective disqualification.

The 33-year-old, a two-time world champion, was level on points with Finland's Kaisa Mäkäräinen but finished top of the standings because of her higher number of pursuit victories.

"This event shows everyone who has anything to do with biathlon that sport must stay clean."