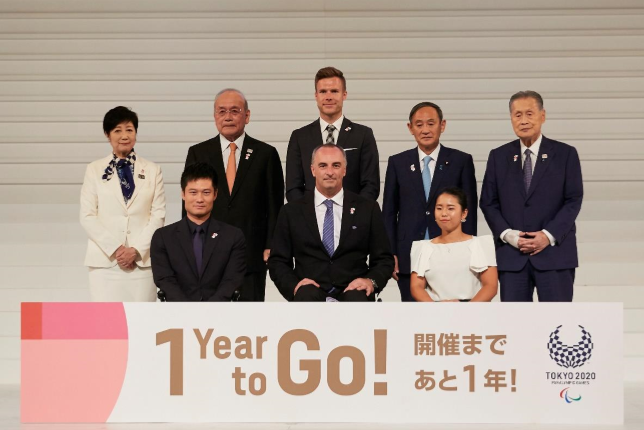 The New Zealander, a former swimmer who won four Paralympic titles at Atlanta 1996, referenced research which found that awareness of the Games in the host nation is higher than it was at the same stage before London 2012.

As the Games in the British capital are widely considered as the best ever due to packed venues and levels of fan engagement, the news is a major boost for Tokyo 2020 organisers.

"Here in Tokyo interest, awareness and knowledge levels of Para-athletes and Para-sports are well ahead of where they were with one year to go until London 2012, a Games widely regarded as the best ever," said Kale.

"This is testament to the great work of the Tokyo 2020 Organising Committee, the Japanese Paralympic Committee, the National Government, the Tokyo Metropolitan Government, local municipalities, respective national federations and commercial and broadcast partners who have all shown great enthusiasm for delivering an outstanding Games next year."

The Tokyo 2020 Paralympics will run from August 25 to September 6.

Paralympians demonstrated their skills and there was the chance to try out a range of sports.

A highlight of the day saw German long jumper Markus Rehm set a world record in the T64 class by leaping 8.50 metres.

It broke his own previous mark of 8.48m but will not count officially as it did not occur at a sanctioned event.

"If I have one more year to train and if we have good conditions in the stadium, great people who cheer for us, I'm sure I can break this record officially," said Rehm, a triple Paralympic gold medallist who competes using a blade.

"And I could set a new record at the Tokyo 2020 Paralympic Games."

They were on opposite teams as Japanese comedians Yoshio Kojima and Garibenz Yano also took to the court.

August 25 next year has been declared as "Paralympic Day" in Japan.