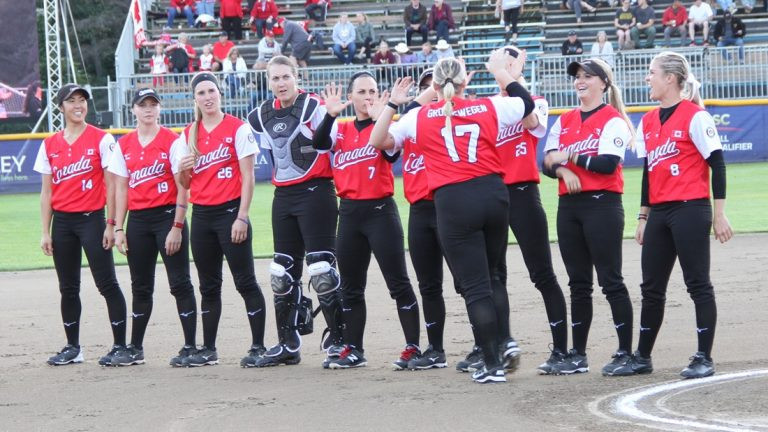 The Canadian side, the silver medallists at this month's Lima 2019 Pan American Games, romped home 17-0 at Softball City in Surrey.

The victory was the greatest of the day, although Mexico comfortably defeated Peru 8-0.

Brazil and Puerto Rico both recorded 7-0 victories against British Virgin Islands and Argentina respectively as their opponents have both dropped out of the tournament.

All 10 teams are battling for two spots at the Tokyo 2020 Olympic Games, with six teams set to compete next year in total.

Softball is returning to the Olympic programme after a 12-year absence, having last made an appearance at Beijing 2008.

The opening round of competition continues tomorrow with another six matches.

Dominican Republic will then come up against Mexico, with Puerto Rico facing Guatemala and Bahamas taking on Cuba.