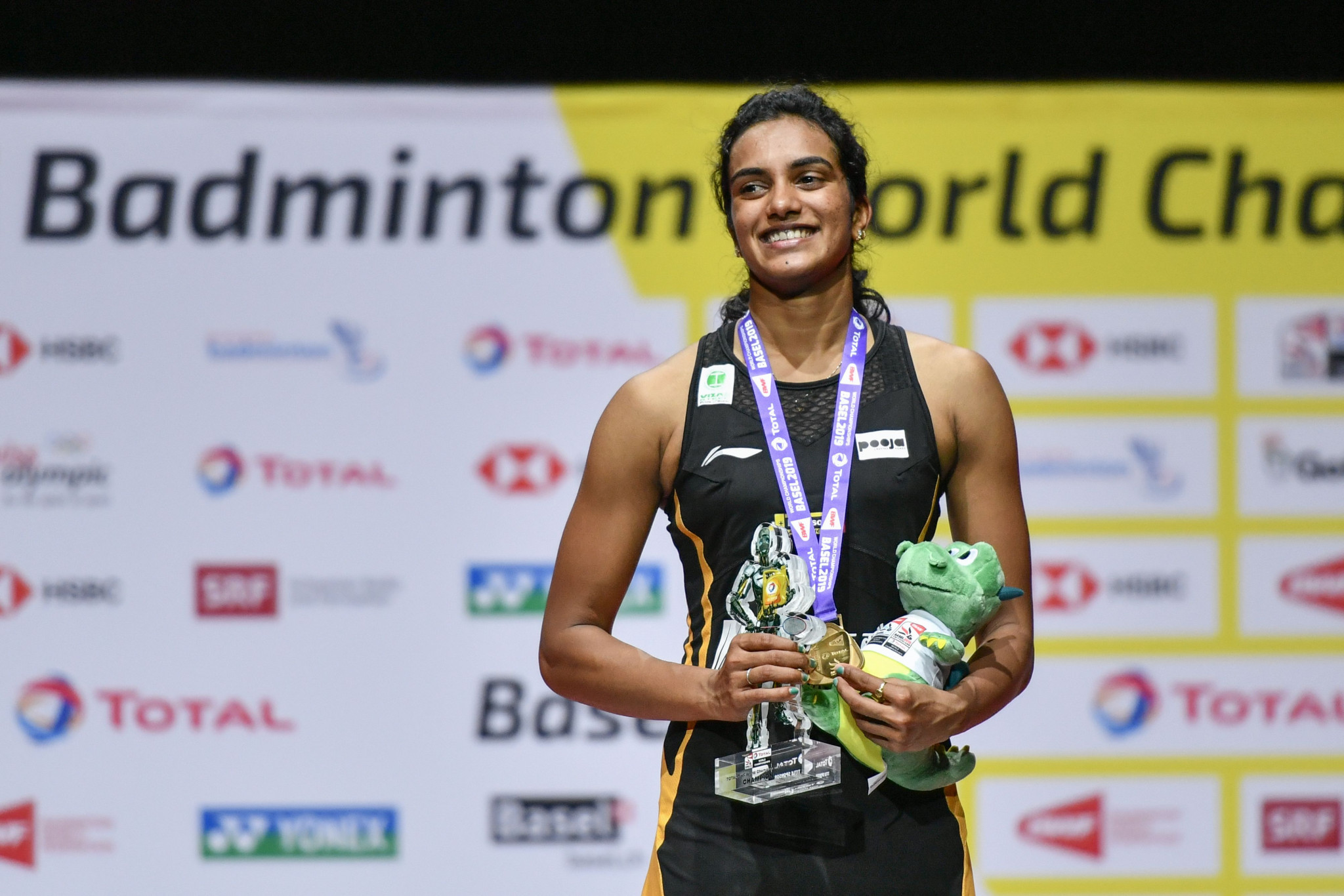 India's PV Sindhu ended her wait for the women's singles title at the Badminton World Federation World Championships by dominating Japan's Nozomi Okuhara in the final in Basel.

Sindhu was appearing in her third consecutive World Championship final and had previously seen her hopes dashed in major tournaments on several occasions.

The Indian had earned two silver and two bronze medals at the World Championships, along with Olympic, Asian Games and Commonwealth Games silver.

The Indian ensured she did not suffer a similar outcome in Basel as she brushed aside the challenge of Okuhara, who had beaten her in the 2017 final.

She clinched the opening game 21-7 and maintained the momentum throughout the second to win by the same score.

While Sindhu was tasting World Championship glory for the first time, Japan's Kento Momota had the sensation for the second straight year.

The world number one triumphed in the men's singles final in impressive fashion against Denmark's Anders Antonsen.

The top seed has now won nine consecutive matches at the World Championships in straight games, stretching back to his third-round match with Antonsen last year when he won in three games.

Japan will hope for further success in the men's doubles with Takuro Hoki and Yugo Kobayashi set to face Mohammad Ahsan and Hendra Setiawan of Indonesia.

China's Zheng Siwei and Huang Yaqiong justified their status as top seeds in the mixed doubles event, as they overcame Thailand’s Dechapol Puavaranukroh and Sapsiree Taerattanachai 21-8, 21-12 in the final.