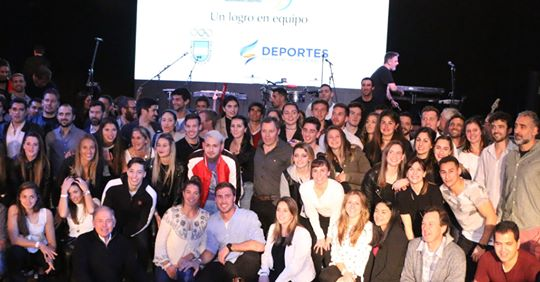 The Argentine Olympic Committee (COA) held an event to celebrate the performances of their athletes at the Lima 2019 Pan American Games.

The event was held at the Fresno Hall of Parque Norte in Buenos Aires.

The organisations say the success has come after years of collaborative work between the three bodies.

Argentina finished sixth on the overall medals table at the Games in Peru's capital city, which concluded earlier this month.

It represented a significant improvement from Toronto 2015, when Argentina ended seventh on the medals table with 15 gold, 29 silver and 30 bronze.

COA President Gerardo Werthein congratulated the athletes on their performances at the Games.

The celebration event featured montages of competitions from Lima.

Argentina enjoyed success in several team events at the Games, with the men's basketball, handball, softball and volleyball teams all earning gold medals.

Their men's football and rugby sevens teams were also victorious, along with the women's hockey team.

Argentina's women's basketball team, however, made headlines after being eliminated from the competition in the group stage after arriving at a match against Colombia with the wrong kit.