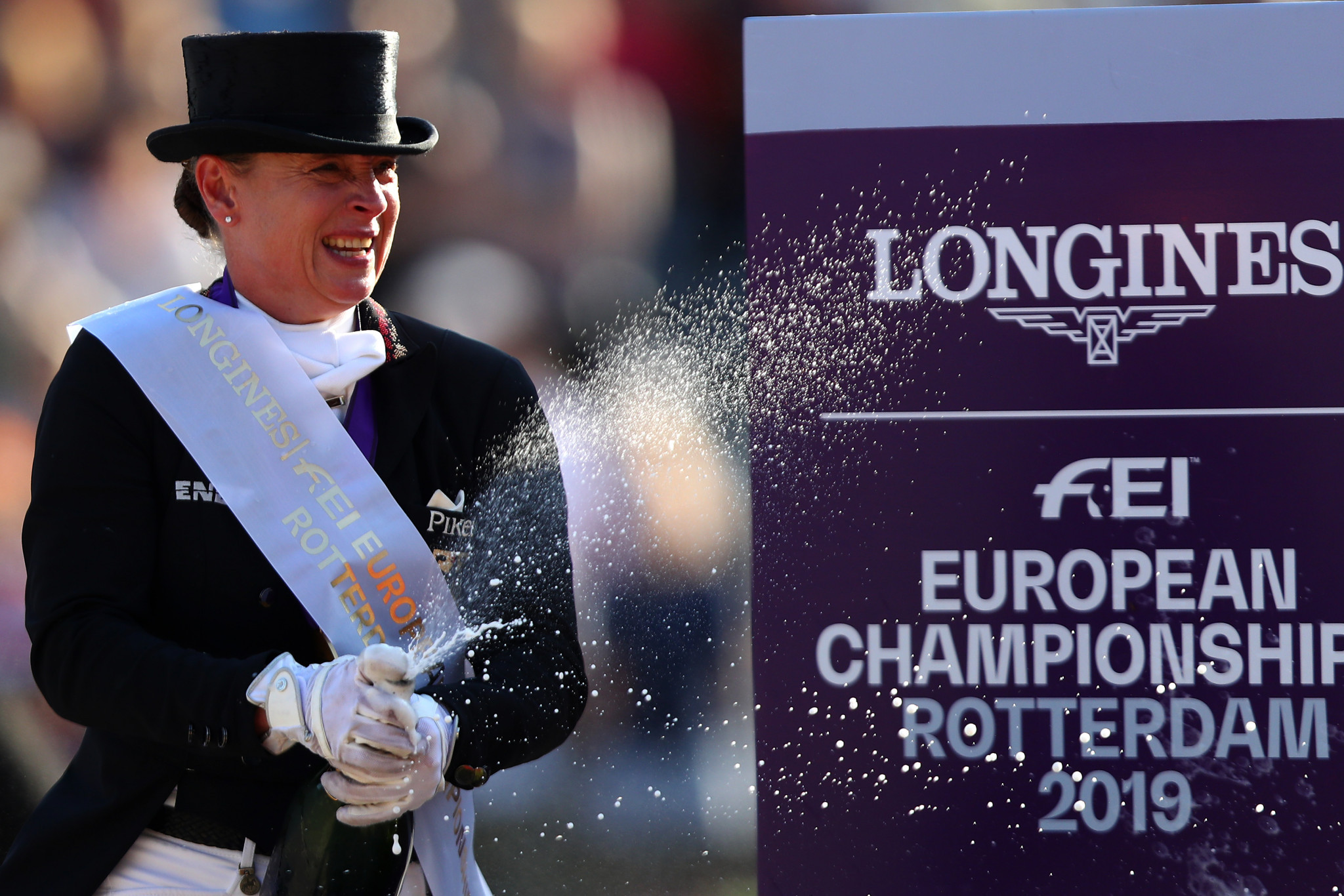 Werth led a German clean sweep in the individual competition on Bella Rose in the Dutch city.

Judges awarded Werth a score of 90.875 per cent, which saw the German earn a ninth individual gold medal of her career at the European Championships.

She was followed by her team-mate Dorothee Schneider, who added to the silver medal in the Grand Prix Special event earlier this week.

Schneider, riding on Showtime FRH, finished with a score of 90.561 per cent.

The podium was completed by Jessica von Bredow-Werndl, who scored 89.107 per cent on TSF Dalera BB.

Denmark's Cathrine Dufour and Ireland's Judy Reynolds were the closest challengers to the German team.

Her NINTH Individual European Championship medal - Isabell Werth has got the Lap of Honour down! 🎉

Watch her and Bella Rose do their thing and steal the show at @ECRotterdam2019 💥#FEIEuros2019 pic.twitter.com/HWVM5bgzdm

Attention will shift to the individual jumping events tomorrow in Rotterdam, with the competition resuming at the midway stage.