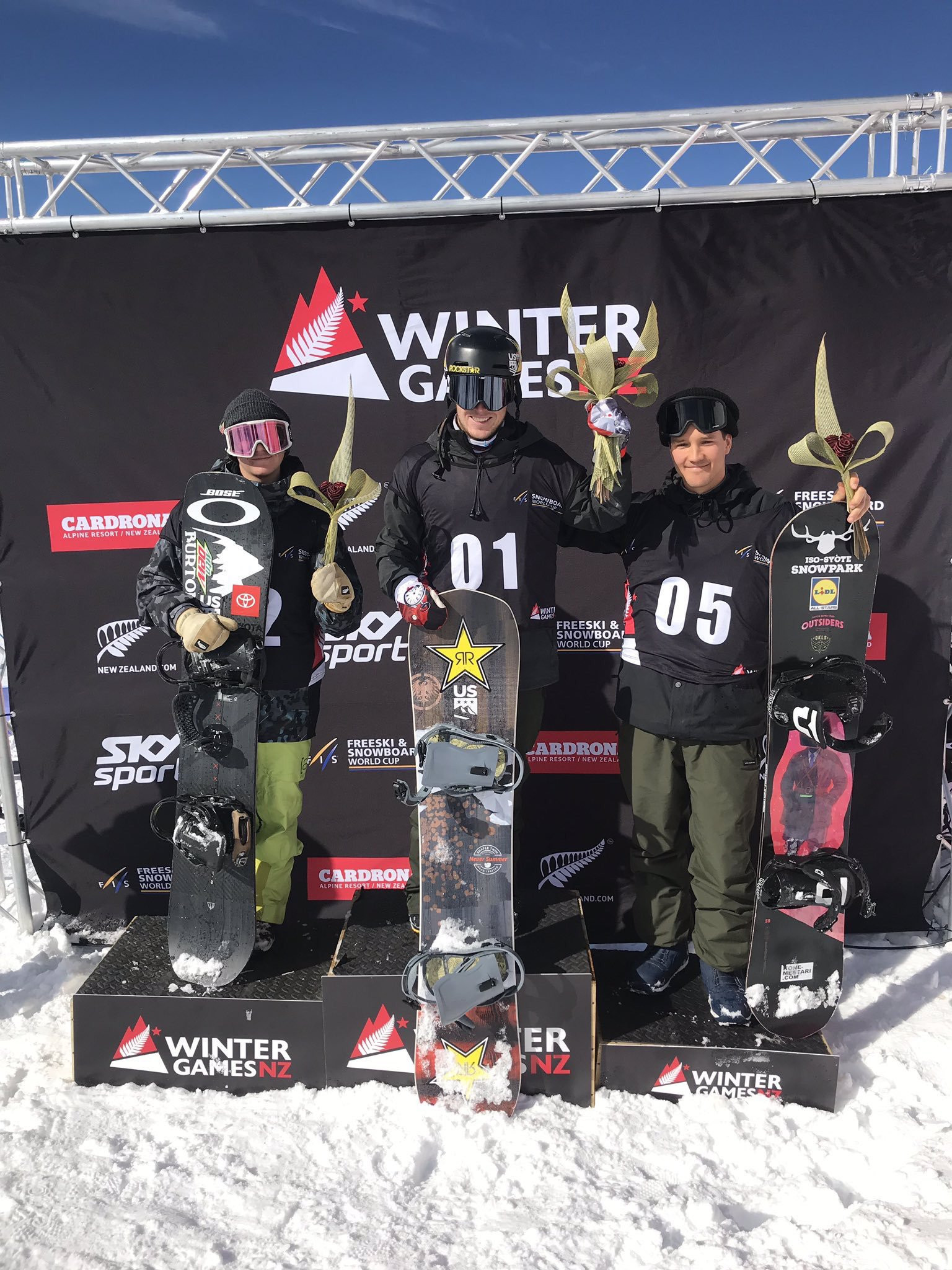 Nicolas Laframboise from Canada had led the standings after qualification at the New Zealand ski resort, but it was Corning that stole the show.

The United States star defended his Cardrona title from last season, climbing into the top spot on run two, stomping a jaw-dropping quad cork 1800 for a score of 95.50 and a two-jump combined score of 176.25.

Corning's US team-mate Red Gerard finished in second place with a frontside 1440 tailgrab and backside triple cork mute combination for a score of 161.00.

"I'm super happy we got this contest off, and everyone rode so well," Corning said.

"I'm happy to come out with the win."

🥈2nd place!!🥈 I’m so excited to come 2nd in my first World Cup back since injury! Finals got cancelled today due to windy conditions but it was great to ride in such a high level contest yesterday and I’m really happy with my riding! 😁Great start to season!! pic.twitter.com/kbOo62J5mq

Finland's Kalle Jarvilehto took third place with a backside triple cork melon and switch backside 1440 mute that scored him 160.25, with Laframboise in fourth.

The strong winds in Cardrona arrived just after the men's event finished.

It forced a cancellation of the women's final, so Enni Rukajärvi of Finland was awarded the victory.

It represented a first World Cup win since 2017 and a fourth in total for the Finn.