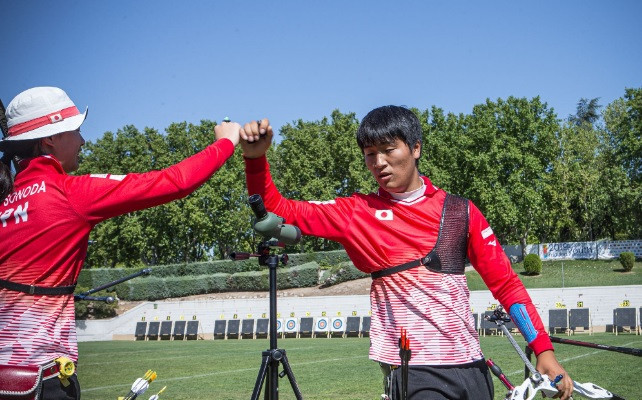 South Korea and Japan are through to the men's junior team recurve final after both sides came through their last-four matches at the World Archery Youth Championships in Madrid.

Japan, represented by Tomatsu Daisuke, Kuwae Yoshito and Ishii Yuta, progressed with a 5-3 win over the Dutch trio of Damian Vaes, Gijs Broeksma and Jonah Wilthagen.

The team from the Netherlands recovered from their semi-final defeat to take bronze by defeating Britain 6-2.

South Korea will have the chance to sweep the team recurve events, as their women's squad also secured a spot in the final.

Jang Min-hee, Lee Gah-yun and Cha Song-hui were too strong for the Spanish team of Elia Canales, Maria Pitarch and Monica Galisteo as they claimed a comfortable 6-2 win.

South Korea's opponents in the final, which will take place in front of the Spanish capital's Royal Palace, will be Chinese Taipei.

The cadet finals are tomorrow, followed by the junior finals on Sunday (August 25).