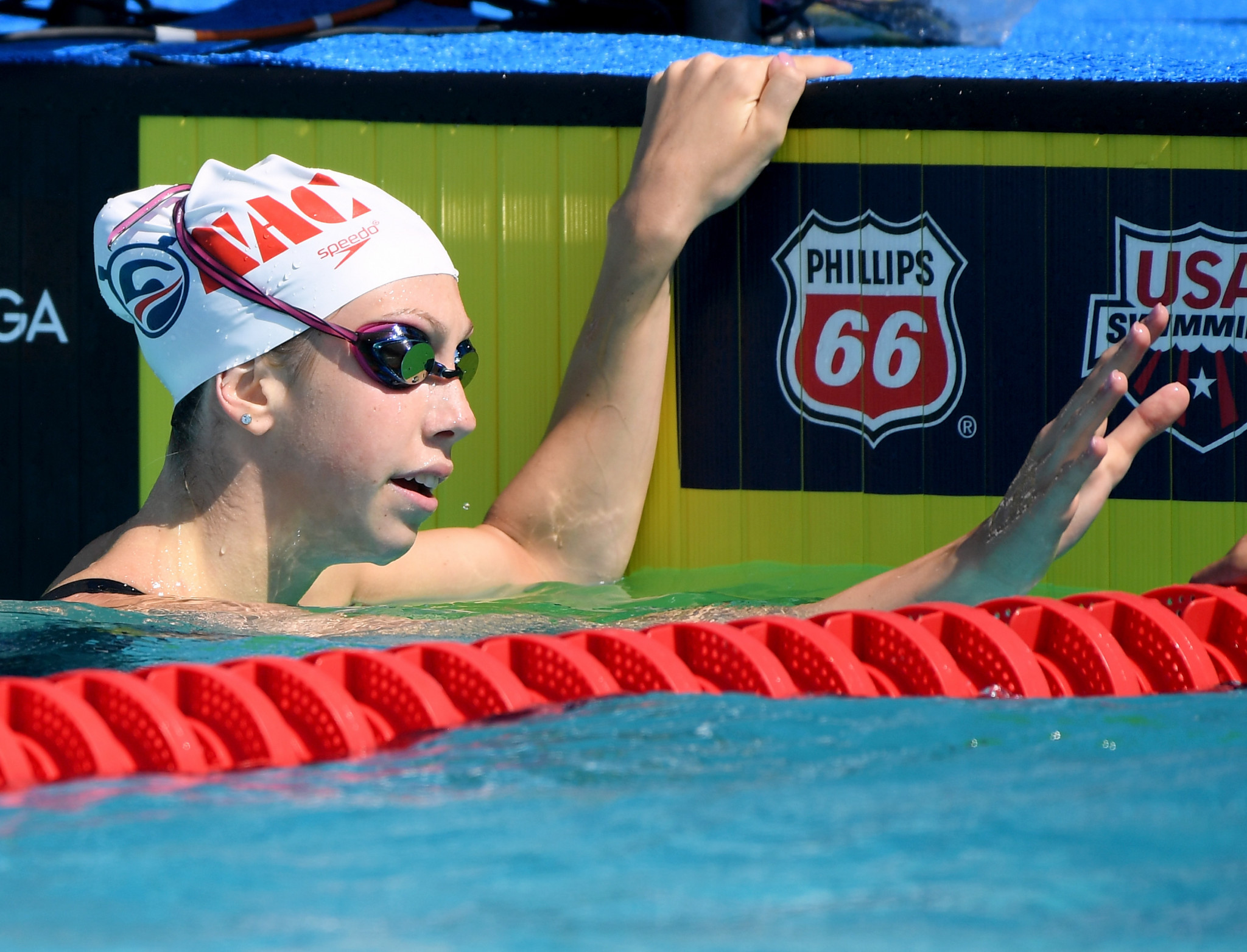 The American triumphed in the women's 100m freestyle event in a time of 53.74sec at the Hungarian capital's Duna Arena.

The US comfortably top the medal standings after three days of competition with eight golds, four silvers and four bronzes.

Canada's Jade Hannah was among the other winners as she added the women's 200m backstroke gold medal to her 100m backstroke title in a time of 2:09.28.

Austria’s Lena Grabowski was the runner-up in 2:10.27, while Italy’s Erika Francesca Gaetani rounded off the podium in 2:10.52.

There was also gold medal-winning performances from Russia’s Minakov in the men's 100m butterfly and Croatia’s Franko Grgic in the men's 800m freestyle, an event determined by fastest heat.

Grgic clinched top honours by a margin of 2.13 seconds over Russia’s Ilia Sibirtsev, touching home in 7:45.92.

Australia's Thomas Neill was a further 0.6 seconds behind in third.

Four events ended at the semi-final stage today, with the finals tomorrow.

The best qualifier in the women's 50m butterfly was Belarus' Anastasiya Shkurdai in 25.85.

American David Curtiss led the way in the men's 50m freestyle semi-final standings in 21.95, while Great Britain's Kayla van der Merwe came out on top in the women's 100m breaststroke in 1:07.17 and Wyatt Davis of the US shone above the rest in the men's 50m backstroke in 25.16.

A total of eight medal sets will be awarded tomorrow.