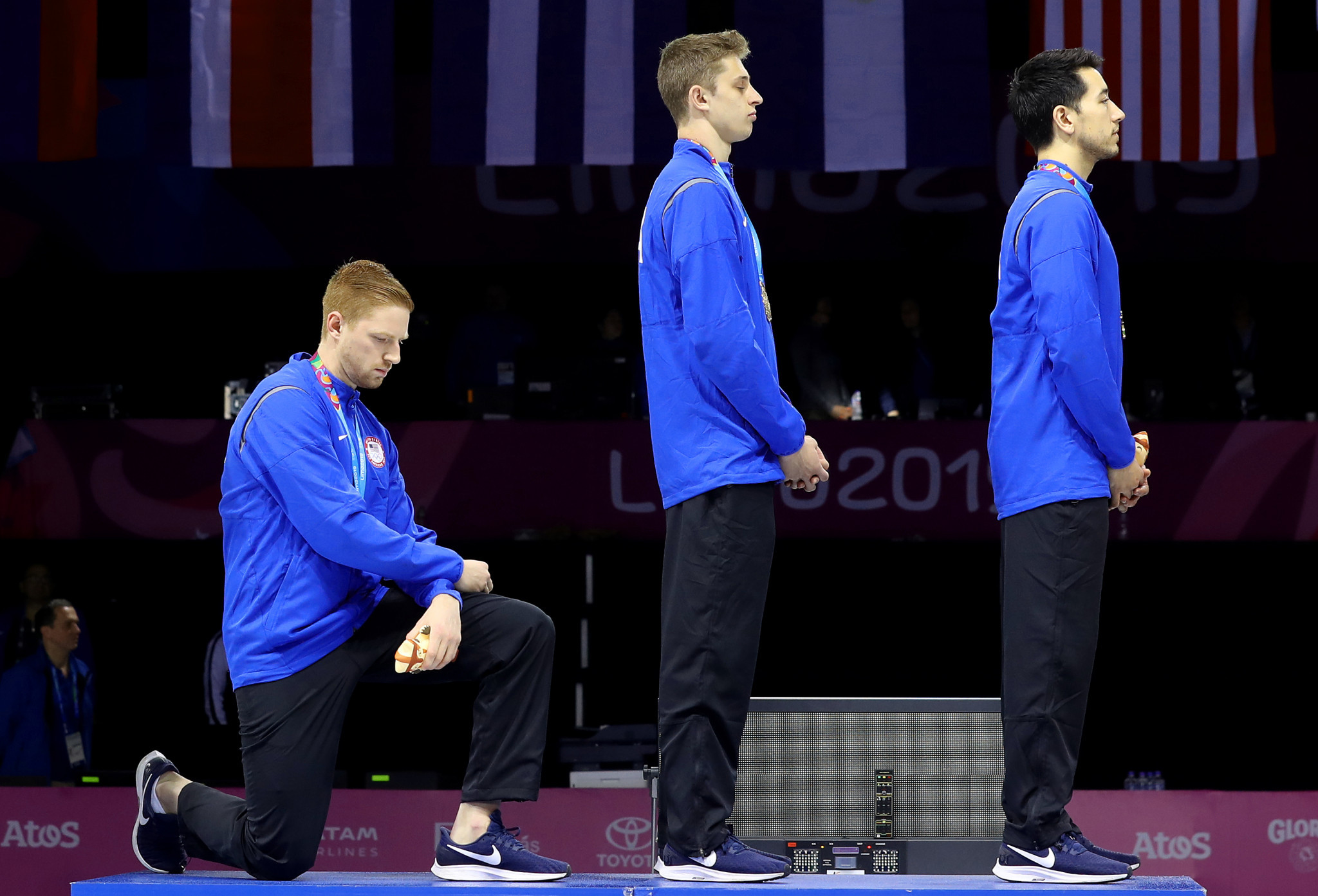 The United States Olympic and Paralympic Committee (USOPC) has placed two athletes who staged podium protests at the Pan American Games in Lima on probation and warned others who make similar stands will be given harsher punishments.

A USOPC spokesperson confirmed fencer Race Imboden and hammer thrower Gwen Berry had been reprimanded for their actions at the event in the Peruvian capital.

Imboden knelt during the American national anthem after winning the gold medal in the men’s team foil before Berry was seen raising her right fist at the conclusion of her medal ceremony.

According to USA Today, USOPC chief executive Sarah Hirshland informed the two athletes of the decision by letter, in which she praised Imboden and Berry.

Hirshland cut a more conciliatory tone than a statement issued by the USOPC in the aftermath of the two protests.

"I applaud your decision to be an active citizen," the USOPC chief executive wrote.

Hirshland added, however, that athletes who make similar protests while representing the US at major events could be met with stricter sanctions.

It has been interpreted as a warning to American athletes set to compete at next year's Olympic Games in Tokyo.

Athletes in several countries have to sign forms guaranteeing they will not break any rules or regulations during the Games.

"It is also important for me to point out that, going forward, issuing a reprimand to other athletes in a similar instance is insufficient," Hirshland wrote, according to the Associated Press.

Imboden, an Olympic bronze medallist, knelt as the American national anthem was played during the medal ceremony at Lima 2019.

The act is seen as a civil rights protest, started by American football player Colin Kaepernick in 2016, who had knelt to highlight alleged police brutality and racism.

The stance has become more commonly referred to as "taking a knee".

Imboden revealed afterwards that he made the protest to call for change in the US and singled out "racism, gun control, mistreatment of immigrants and a President who spreads hate" on a long list of "multiple shortcomings of the country I hold so dear to my heart".

Less than 24 hours after Imboden's gesture, Berry, winner of the gold in the women's hammer throw, raised her right fist at the end of her medal ceremony.

It mirrored the act of Olympic sprinters Tommie Smith and John Carlos at the Mexico City 1968, where the duo won Olympic gold and bronze medals in the men's 200 metres.

Smith and Carlos were expelled from the Games by the International Olympic Committee (IOC) in response.

The IOC has since let other political gestures slide, with the most recent example coming when Ethiopian marathon runner and Olympic silver medallist Feyisa Lilesa crossed his arms in a show of defiance to his Government’s police crackdowns on protests after he finished the race at Rio 2016.