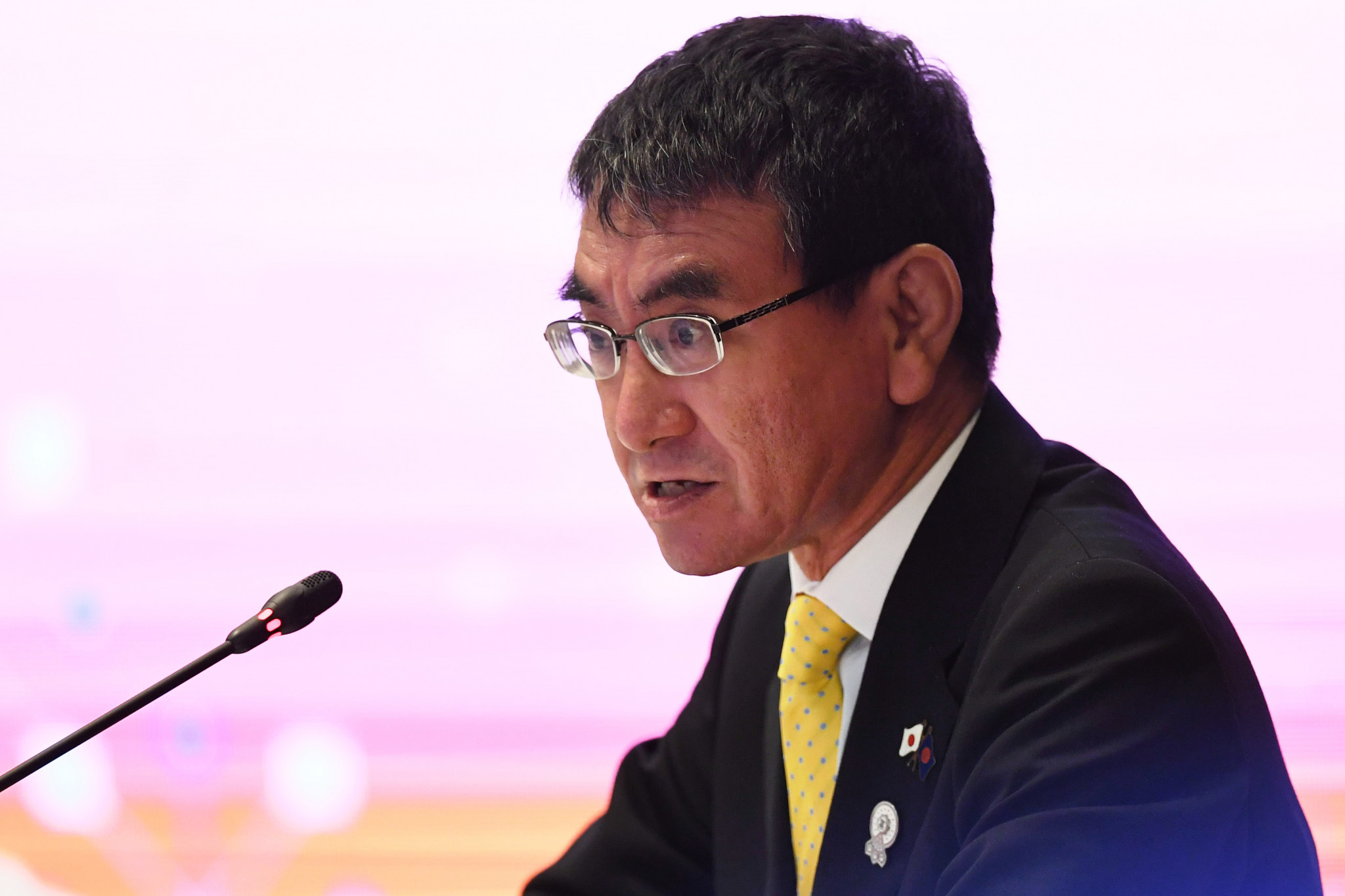 Japan's Foreign Minister Taro Kono was welcomed by the Palau Judo Federation (PJF) during a tour of Pacific countries.

Kono attended the Japan Fair, an event organised by the country's Embassy which aims to promote Japanese culture.

Judo techniques were demonstrated at the fair and the PJF were presented with the Japan Foreign Minister's Commendation.

A congratulatory ceremony was held to hand over the accolade.

Kono's tour is part of a soft power push from Japan across the Pacific Islands.

Regional rival China has steadily increased its influence in the region to prompt a response from other countries.

Other initiatives have seen Japan provide free training for judoka in Samoa.

It is hoped some of the athletes involved may qualify for the Tokyo 2020 Olympic Games, with Samoans also due to be offered the chance to train in Japan.

As well as Palau, Kono's tour also took him to Micronesia, Marshall Islands and Fiji.